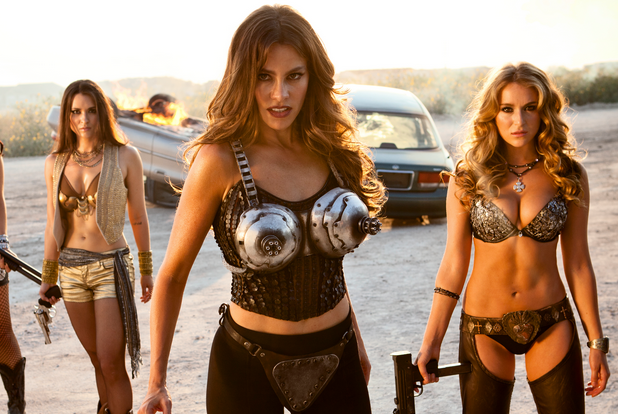 The company behind the “Machete” movies is setting its sights on the Texas Film Commission.

Machete Productions LLC have filed a lawsuit alleging that the board, which is meant to attract film production to the state, instead unfairly denied both “Machete” and its sequel, “Machete Kills,” the tax credits to which they were entitled.

In the suit, Machete Productions says that the commission denied the films tax credits based on its right to judge applications on “general standards of decency” and “the diverse beliefs and values of the citizens of Texas.” But, as the suit alleges, the real reason the commission denied the production refunds was “concern with the political fallout from providing public money to a film perceived as glorifying the role of a Mexican Federal and sympathizing with immigrants.”

The suit alleges that the first film, which first applied in 2009 for state subsidies, met all required criteria and projected creating 545 jobs and spending $9 million in the state. They submitted a script for the film at the time, and received no objections, their lawsuit states, until the end of 2010, after conservative media commentators criticized the movie for, as TV host Alex Jones said, being a “Hispanic ‘Birth of a Nation.'”

After the film proved a success, Rodriguez and co. decided to make a sequel, and were prepared to present another application to the board for subsidies. Even before they were able to do so, Governor Rick Perry‘s general counsel, David Morales, told the producers to not even bother submitting their paperwork.

The suit both charges the Texas Film Commission with violating their First Amendment rights by discriminating against speech it deemed “offensive,” while also challenging the entire commission’s self-declared right to judge applications based on “general standards of decency” and how it portrays the Texan people.

Update: Rodriguez is not connected with the suit; a financier on the film filed the paperwork.

“I’ve been a supporter of the Texas Film Commission since well before the inception of the film production incentive program,” he said in a statement. “This law suit has been filed by a financier of ‘Machete Kills’ who put up a portion of the financing for that film however I am in no way affiliated with this company, nor do they represent my interests in any way.”