“A Black Lady Sketch Show” returns for its third season Friday night on HBO and its just as packed with guest stars as ever.

Across its six-episode season, there will be more than 40 celebs cropping up across various sketches, including director Ava DuVernay, “Pose’s” Michaela Jaé Rodriguez, Wanda Sykes, Jemele Hill, Holly Robinson Peete, Michael Ealy, Tommy Davidson, Jay Pharoah and so, so, so many more.

And creator/showrunner/executive producer/writer/star Robin Thede explained precisely how they get so many stars to join series cast members Gabrielle Dennis, Ashley Nicole Black and Skye Townsend in the sketches.

“The biggest thing is scheduling,” Thede told TheWrap during a recent interview. “People are always, like, how do you cast this show, and it’s threefold. One, people approach the show and say they want to do it, but that’s the least amount usually; Two, we have a great casting director, Vicky Thomas who casts the show – award-winning for this show; And then three … it’s me.” 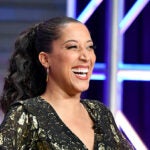 Yes, Thede herself, somehow makes the time to get in the mix to bring people on board.

“It’s usually phone calls and texts. A lot of outgoing from me and luckily I’ve been in this business a long time and know a lot of folks, so I am very blessed in that way and believe that I have a good reputation, [so] people want to work with me,” she said. “But even in Season 1, Angela Bassett said, ‘I came because I was a fan of your late-night show and because you asked me; you thought I could be funny.’ And I love that. And Patti LaBelle, same thing. I’d worked with Patti years ago and she remembered and she came on board immediately.”

Although clearly, the multi-hyphenate has a lot on her plate, she said that even during the press campaign for Season 3, she’s already thinking ahead and, just talking about the new episodes gets her fired up to write even more sketches.

“I write sketches all the year long, but I get really excited. I’m like, ‘Ooh, I have another idea.’ I get fire in my belly about the next season and so I start writing,” Thede said.

“I’m still editing — we’re almost finished editing this season as it’s about to air, but … I’ve already written, like, eight sketches,” she continued. “I’m like, ‘Oh my God, I have so many ideas.’ Just seeing it sparks more ideas and I think that’s a testament to the amazing talent of my cast and the guest stars and the writers. They just get me excited. It’s just, I feel like I could write sketch for the rest of my life. I will never be out of ideas.” 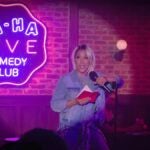