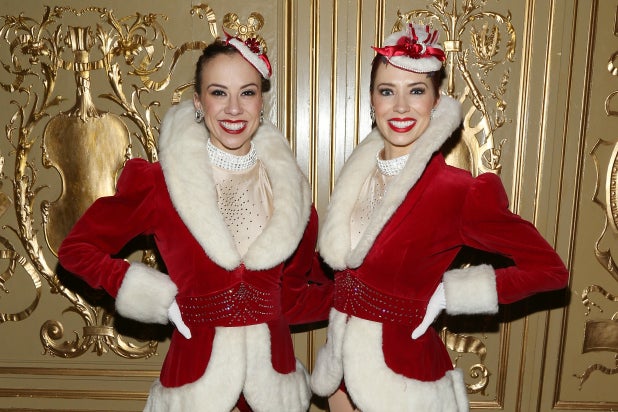 Some of the Radio City Music Hall Rockettes are none too pleased over a contractual obligation to perform at Donald Trump’s coming presidential inauguration. While many social media users support their right to protest the January 20, 2017 event, plenty of others are suggesting the women stop “whining” and do their unionized job.

“While I support the #Rockettes protest rights, they perform under a contract,” one wrote on Twitter. “They go where the company says or they quit. It’s not slavery.”

Another wrote, “So some of the #Rockettes are whining about performing at Trump’s Inauguration? Oh please. You’re paid ‘legs’. Do your job.”

Since the Rockettes’ participation in the inauguration was announced Thursday by the dancing troupe’s owner, Madison Square Garden Company, several members took to social media to complain.

According to an individual who used to work for the Rockettes, the troupe typically has about 36 dancers — with 12 employed full time and the rest on a freelance basis. Under the Rockette’s union contract, the full-time Rockettes would be expected to perform any gig booked by management.

Rockette Phoebe Pearl wrote the following on her private Instagram account, according to Perez Hilton: “I usually don’t use social media to make a political stand but I feel overwhelmed with emotion. Finding out that it has been decided for us that Rockettes will be performing at the Presidential inauguration makes me feel embarrassed and disappointed. The women I work with are intelligent and are full of love and the decision of performing for a man that stands for everything we’re against is appalling. I am speaking for just myself but please know that after we found out this news, we have been performing with tears in our eyes and heavy hearts. We will not be forced! #notmypresident”

And she’s not the only dancer in the company who feels that way.

Meanwhile, an individual who worked for the Rockettes told TheWrap: “Forcing dozens of women to go and perform for this man is without a question going to be problematic.”

Not everyone’s backing the strong feelings of the iconic high-kickers, however. Below is some of the mounting Twitter backlash to the initial outrage over making women perform for a man many believe to be misogynistic.

I don't know what the the "outrage" is with the #Rockettes.

While I support the #Rockettes protest rights, they perform under a contract. They go where the company says or they quit. It's not slavery.

So some of the #Rockettes are whining about performing at Trump's Inauguration? Oh please. You're paid "legs". Do your job.

The #Rockettes should consider it an honor to perform at the Inauguration. If not, they should find another profession.

Millions of people are forced to do tasks they don't like to do at work all the time! IT'S HOW THE REAL WORLD WORKS LADIES! #Rockettes

"The Rockettes' civil rights are under attack", say people that will put a gun to your head if you don't bake a cake

I am a waitress, if I refuse to serve a customer because I don't like their politics, I will be fired, plain and simple #Rockettes

How a job works: Boss pays you to do something, you either do it or you don't. If you don't do it, why should you get payed? #Rockettes

It would be no loss if the #Rockettes disbanded.

what if a nurse didn't want to take of you because they didn't like you? they took the job – now do the job #Rockettes https://t.co/D8Jshq9qc9