With just two months to go until the release of “Rogue One: A Star Wars Story,” director Gareth Edwards unveiled a new poster featuring the main cast on the “The Star Wars Show” on Wednesday.

In addition, he announced that a new trailer for the film will premiere Thursday morning on “Good Morning America.”

The poster features the members of the ragtag team of rebels tasked by the Rebel Alliance to steal the plans for the Death Star that send the events of the original “Star Wars” trilogy into motion. Jyn Erso (Felicity Jones) stands out with the shadow of the Death Star behind her, with the rest of her team below.

Beneath the title card, we see a battalion of Stormtroopers and AT-ATs stomping across the shallow beaches of Scarif, a tropical planet that will make its debut in the new film.

At a panel in London, Edwards discussed filming the Scarif battle scenes in the Maldives with the country’s special forces, who had never heard of “Star Wars” prior to being cast as the Stormtroopers.

Also Read: 'Rogue One': How Much Would it Cost to Build A Death Star?

“Rogue One: A Star Wars Story” opens in U.S. theaters on December 16, 2016. Check out the poster and Edwards’ announcement on “The Star Wars Show” below. 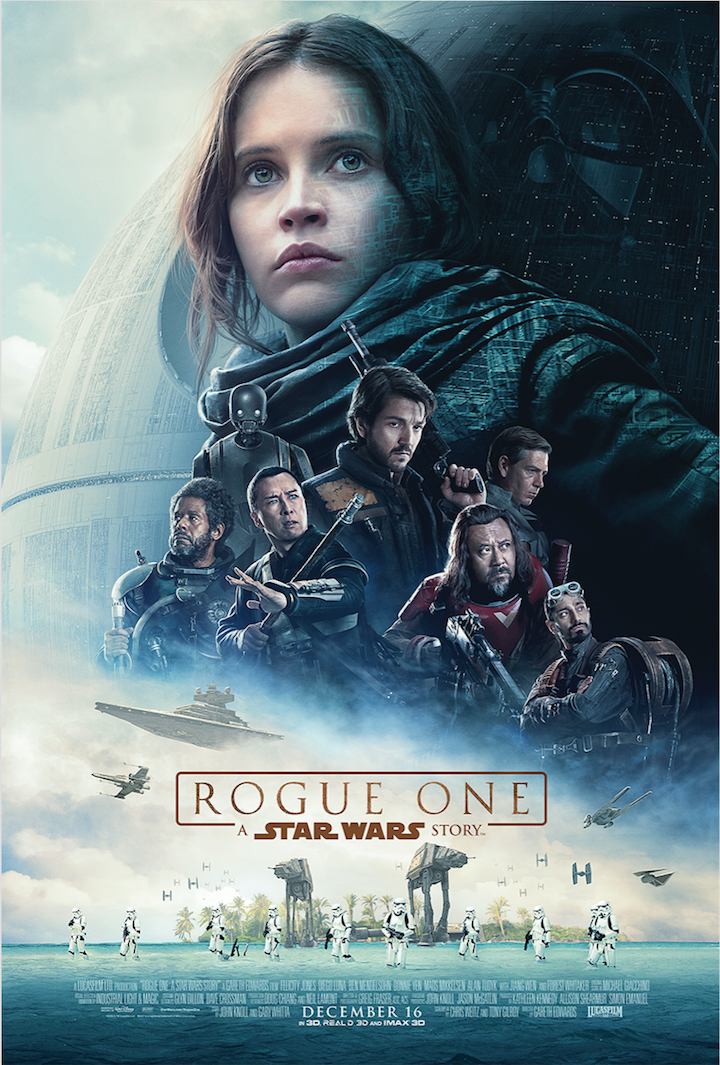