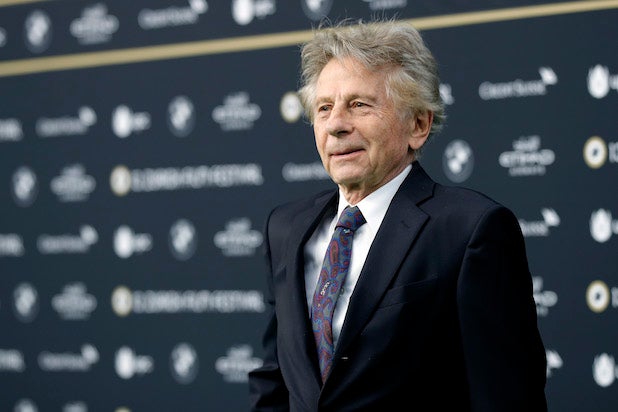 Roman Polanski’s “J’Accuse,” Todd Phillips’ “Joker,” Noah Baumbach’s “Marriage Story” and Steven Soderbergh’s “The Laundromat” are among the films that will screen at the 2019 Venice International Film Festival, Venice organizers announced at a press conference in Rome on Thursday.

This will mark Polanski’s first appearance at a major festival since his May 2018 expulsion from the Academy of Motion Picture Arts and Sciences, with the decision by the AMPAS Board of Governors referencing his 1978 guilty plea to a charge of statutory rape.

“J’Accuse,” which had been screening for buyers under the title “An Officer and a Spy,” is his dramatization of the Alfred Dreyfus scandal in 19th century France, and has been considered by some, sight unseen, as a comment of sorts on the #MeToo movement.

Only two of the 21 directors in the main competition are women, Mansour and Shannon Murphy (“Babyteeth”). Two days ago, the Toronto Film Festival announced 56 gala and special screenings, half of which were directed by women. A smattering of female directors are also represented in other sections at Venice.

Films screening out of competition in Venice will include “The King” by David Michod and “Adults in the Room” by Costa-Gavras, while the non-fiction out-of-competition films will include Alex Gibney’s “Citizen K,” Tim Robbins’ “45 Seconds of Laughter,” Lauren Greenfield’s “The Kingmaker,” Sergei Loznitsa’s “State Funeral” and “Roger Waters Us + Them,” co-directed by the former Pink Floyd bandleader Waters and by Sean Evans.

Venice already announced that “The Truth,” the English-language debut from Palme d’Or winning Japanese director Hirokazu Kore-eda, will be the festival’s opening-night attraction, while Guiseppe Capotondi’s “The Burnt Orange Heresy,” with Mick Jagger and Elizabeth Debicki, will screen on its closing night.

While some Italian exhibitors were reportedly upset last year when the Netflix film “Roma” won the festival’s Golden Lion award, the streaming service has a presence on the Lido this year as well with Baumbach’s “Marriage Story” and Soderbergh’s “The Laundromat.”

The Venice Film Festival is the first of the fall festivals that debut most of the films that will be competing for film awards each year. It opens on August 28 and runs through Sept. 7, preceding but also overlapping both the Telluride and Toronto Film Festivals.

On Tuesday, Toronto announced the first group of films in its lineup, which is far larger than the Venice lineup. Telluride does not announce its lineup until the day before it begins, which this year will be Aug. 30.

Short films and additional programs can be found on the Venice Film Festival website.