If you’ve ever watched “Big Hero 6” and thought, “But what if Baymax was little and Polish,” then rejoice, because “Ron’s Gone Wrong” is pretty much exactly that. And that wouldn’t be a bad thing if the story held any of the warmth that the earlier robot movie captured.

But directors Jean-Phillipe Vine and Sarah Smith (who also co-wrote the script with Peter Baynham) remove all the emotion that made “Big Hero 6” an enveloping, heartfelt story about grief. Instead, “Ron’s Gone Wrong” offers partially realized messaging about social media while populating the story with elementary sight gags, too many overused “fish out of water” tropes, and attractive merchandise options.

All middle schooler Barney (voiced by Jack Dylan Grazer) wants is to fit in with everyone else in middle school. But the socially awkward youngster is a little different than most of his peers. His mom is dead (it’s always a dead mom, sigh), and his dad (Ed Helms) works multiple jobs to provide for Barney and his Polish immigrant grandmother, Donka (a heavily accented Olivia Colman). While Barney is used to not getting the newest things, he secretly hopes that his family will finally get him the most popular gadget in his middle school: a B-bot, aka ”Best Friend out of the Box.” 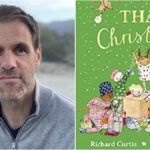 The “bubble” bot is so popular that his middle school has an entire charging port for them in their hallway. And, unknown to his dad, Barney hides during every school break as every kid is off playing with their b-bots. But his father, both on a budget and not wanting his son to get sucked into gadgets for his whole life, gifts him a rock collector set, which Barney warmly thanks him for as to not to hurt his dad’s feelings.

Eventually, his dad sees how lonely his son is and relents. Barney is ecstatic and immediately tries to get “Ron” ready for his middle school debut. Soon, however, Barney starts to notice that Ron might not be like all the other b-bots. Chaos ensues, Barney makes friends, and in the end, no lessons are learned.

Filmmakers often take inspiration from other films and properties and build that inspiration to the story. But here, it seems that directors Smith and Vine, along with co-director Octavio E. Rodriguez (“Coco”), only imbued the film with is the cute “boy and his pal” film trope that has been a favorite for family films from “E.T.” to “Lassie.” Or at least, that’s how it comes off when sight gags try to compensate for the lack of emotional filler. 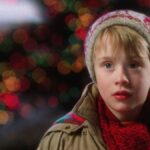 The scarcity of poignancy isn’t for lack of trying; on the contrary, there is a definite message about society’s overattachment to being connected 24/7 and the detriment it can cause children. Still, that moral gets so deeply buried, it presents less as a theme and more as a side note.

Watching as the parent of a teenager, I had hoped the storyline for Savannah (Kylie Cantrall) would carry more weight. To espouse the dangers of social media (particularly with what is going on with Facebook and Instagram at the moment) and to show a young girl clearly being traumatized, only to offer no honest advice or solution to the young kids watching is just performative inaction at this point, sending whatever relatability or real-life connection right into the trash chute. (The video causing her pain just gets erased, which we know isn’t how the internet works.)

The animation, for its part, doesn’t move the needle forward. It’s bright, lively, and yes, the b-bots are adorable. After watching the film, every child will likely want their own Ron, which just proves how poorly conceived the message is. It’s a complicated journey for the Disney-owned 20th Century Studios, to sell a film about the dangers of social media and hyperconnectivity while also hoping the character becomes a must-have toy for kids. That complicated relationship ultimately dulls the entire movie.