Rosie O’Donnell is definitely not setting aside her beef with her former “The View” co-star Elisabeth Hasselbeck anytime soon. Hasselbeck’s recent return to the show got a big thumbs down from O’Donnell, which of course it did given their contentious onscreen relationship back 2006 and 2007.

“Okay, so I prepared myself. I got ready to watch Elisabeth Hasselbeck on ‘The View,'” O’Donnell said in a TikTok video posted Thursday. “She’s not on today. She was on yesterday. So I missed it.”

She added, “But, then I went back on ‘The View’ on my Apple TV or whatever, and I watched it from yesterday, and I remembered why I don’t wanna watch it with her anymore,” slightly chuckling.

She concluded in the TikTok, shaking her head, “Her little Post-it Notes, I don’t know. Listen, it’s strange. Hope you’re having a good day, and if you saw that yesterday, hope you recovered.” 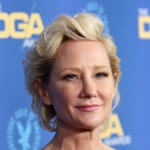 That last crack referred to some anti-Biden commentary Hasselbeck put on post-it notes during a discussion Wednesday about first lady Jill Biden’s use of them to communicate with her family.

Hasselbeck is one of several women brought in to fill the show’s ‘conservative’ slot following the departure of Meghan McCain, who exited last year. Ana Navarro and Alyssa Farah Griffin will permanently fill McCain’s spot as co-hosts next season.

The former “Survivor” contestant’s original tenure lasted a decade, beginning in 2003. She and O’Donnell, who guest-hosted the series for eight months, often argued over their views on current events, which culminated in a 10-minute-long fight in May 2007 over their differing views on the Iraq War that is widely regarded as one of the most infamous moments in daytime TV history. Ramin Setoodeh, who penned the book “Ladies Who Punch: The Explosive Inside History of ‘The View,'” described the incident as a “doomsday,” in which producers did not cut to commercial and instead put up a split-screen between the two. 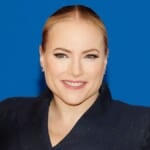 Also Read:
Meghan McCain Reveals the Joy Behar Comment That Made Her Leave ‘The View': ‘I Didn’t Feel Supported’

The result of the clash led O’Donnell to prematurely end her tenure on the talk-show, which was slated for a month later. At the time, the comedian said she refused to speak to Hasselbeck and probably wouldn’t ever again.

Many fans of “The View” were outraged following Wednesday’s episode, in which Hasselbeck shamed abortion rights activists and espoused anti-abortion views, while also implying moral superiority via her religion. As a result, people took to social media to call out the talk-show for her “irresponsible” return, adding that they “couldn’t stand” the host. “Two minutes in I remember why I was so relieved when Elisabeth Hasselbeck left,” one person wrote. 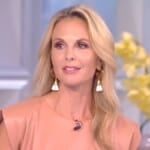