Roy Horan, an American martial arts film star who performed during Hong Kong’s Golden Era of cinema, has died in Los Angeles at the age of 71, according to reports.

Horan made his film debut in 1976 with “Bruce Lee’s Secret,” a psuedo biopic of the late Lee that was panned by critics but served as one of the first films featuring Hwang Jang Lee, who became known for playing the villain in many of Jackie Chan’s martial arts films in the late ’70s and early ’80s. It was Lee who taught Horan the martial arts skills he would use throughout his career.

Horan and Lee would perform together in several martial arts films, including in one of Chan’s most famous movies, 1978’s “Snake in the Eagle’s Shadow.” In it, Horan played a Russian assassin disguised as a Christian missionary who is tasked with hunting down one of the last known masters of the Snake style of kung fu. 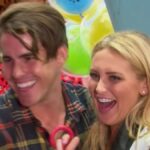 In 1981, Horan also starred with Hwang Jang Lee in “Game of Death II,” a film that posthumously starred Bruce Lee by using footage of Lee from “Enter the Dragon.” Horan played Lewis, the deranged leader of an underground fighting ring called the Palace of Death in which any man who challenged him and lost would be fed to his pet lions.

While acting, Horan also served as a top executive for Seasonal Film Corporation from 1978-89, overseeing distribution, sales, marketing and international production for the studio as it released several of Chan’s first films. After leaving the film industry in the ’90s, Horan served as an adjunct film professor at Hong Kong Polytechnic University. He also served as a meditation teacher and, in 2011, founded Innovea Ltd., a company that trains and consults in mindfulness and meditation practices.

Horan is survived by his daughters Jillian and Celina, the latter of whom has started her own film and television career under the stage name Celina Jade. Her roles include recurring appearances on the CW series “Arrow” and in the Chinese blockbuster hit “Wolf Warrior 2.”