This story about the film “RRR” originally appeared in the Race Begins issue of TheWrap’s awards magazine.

The Indian movie “RRR” had been out in the United States for six months and had two separate releases by the end of September, and it had already made more than $140 million worldwide. So in a way, the film didn’t have much to prove when it came to Hollywood’s TCL Chinese Theater on Sept. 30 as part of Beyond Fest — except that the screening came 10 days after the committee deputized to choose India’s entry in the Oscars Best International Feature Film category opted not to submit director S.S. Rajamouli’s three-hour epic, a snub that turned the Chinese Theater screening into the de facto launch of a Best Picture campaign for the global hit.

Memo to the Indian committee: You blew it.

For three hours at the Chinese, a full house in the 900-seat IMAX theater screamed and cheered and danced in the aisles as “RRR” whipped up its insanely over-the-top blend of extreme action, ridiculous humor, jaw-dropping dance sequences and some stuff that might even make you emotional. Set in the 1920s and based on a pair of Indian freedom fighters who battled British colonial rule, the movie was such an exhilarating ride that TheWrap’s reviews editor, Alonso Duralde, tweeted, “Well, that leaps to my all-time Top 5 Cinematic Experiences.” 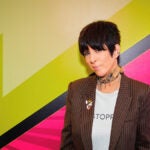 Also Read:
Diane Warren Is Finally Taking Home a Songwriting Oscar After 13 Nominations: ‘How Cool Is That?’

“In my part of India, my movies screen that way,” said Rajamouli, the highest-paid director in India and a mainstay in the “Tollywood” system that produces films in the Telugu language common in portions of southeastern India. “But seeing that (at the Chinese) was unbelievable, with most of them being Americans there. I didn’t expect that at all.”

Rajamouli’s last two films, “Baahubali: The Beginning” and “Baahubali 2: The Conclusion,” were also worldwide hits, and like “RRR,” were the most expensive films ever made in India at the time. And while the director, who collaborated with his late father on many of his scripts, including “RRR,” said he “always wants to go bigger and better than the previous films,” the new one faced the formidable challenge of COVID-19, a particularly tough obstacle for a big-budget film with a cast of thousands and lots of enormous crowd scenes. “We lost about one and a half years,” he said. “Everything was shut down for a period of nine months, a total shutdown. We could work a little bit on postproduction, but the COVID protocols were different for different countries, so we had trouble bringing in the foreign technicians and actors. And then just before release, we had to push the film for another two and a half months.” 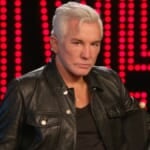 Also Read:
How ‘Elvis’ Director Baz Luhrmann Used His Lifelong Love of the King to Make His Big, Bold Semi-Biopic

The movie turned out to be a three-year project, but it would have been a marathon even without COVID: It had 320 shooting days, including more than 40 night shoots for a single astounding battle scene in which a truck full of wild animals (all computer-generated) crashes into a huge but elegant British party. “To get that many people into costumes, to bring them onto the set, to keep them in their places is hard work,” he said. “And then income the CG animals. Everyone has to react to those animals, which are not there at the time of the shoot. All the people have to imagine that particular animal running a particular way and doing a particular action, and they have to react to that. It was really, really crazy.”

And now that “RRR” is getting attention in the United States, does Rajamouli have any aspirations to move from Tollywood to Hollywood? “I would be lying if I said no, because every filmmaker and every storyteller wants his story to be seen or heard by more and more audiences,” he said. “And also, I would like to learn how they work. But at the same time, I have a style that I would like to stick to. I would like to tell my kind of stories in my way. So I’m trying to see how both can come together. Yes, there is a lot of interest from people in Hollywood, but at this point I’m still trying to see how our interests can coexist or align. It should be a win-win situation.”