The life and times of beleaguered former New York City mayor and former Donald Trump attorney Rudy Giuliani will be the subject of two upcoming documentaries, according to reports from Deadline and Variety.

A documentary from Campfire Studios, financed by Olive Hill Media and produced by Forbes Entertainment, as well as another effort from MRC Non-fiction and Rolling Stone Films are reportedly the works.

Campire and MRC Non-fiction did not immediately respond to requests for comment.

Campire is the rebranded producer of FX’s “The Most Dangerous Animal of All” and Netflix’ “The Innocent Man.” Jed Rothstein, the director of Campfire’s recent doc for Hulu, “WeWork: Or the Making and Breaking of a $47 Billion Unicorn,” is set to direct. Rothstein’s other credits inclue “The China Hustle” and “Killing in the Name.” The Campfire documentary will be based on Forbes’ reporting on Giuliani over the last 50 years. 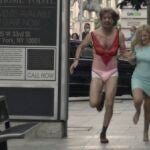 The MRC Non-Fiction and Rolling Stone documentary will be based on Seth Hettena’s 2020 article “What Happened to America’s Mayor?” The project will be financed by MRC Non-Fiction and is set for release in 2022. This version of the Giuliani story will focus on Giuliani’s fall from grace as a respected voice of calm folllowing the Sept. 11, 2001, terrorist attacks on the United States to his current state of being under criminal investigation from the Justice Department and authorities recently raided his home and office in New York. 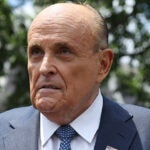 During a recent exclusive CNN interview discussing the recent raid on Rudy Giuliani’s home, Donald Trump’s former personal attorney Michael Cohen had a blunt reality check for Trump’s former right-hand man, calling Giuliani an “idiot” who drinks too much and has erratic behavior.

He went on to say that “there is no relationship, nor has there ever been, between Rudy and Donald,” explaining that prior to Trump becoming president, the two didn’t like each other. “So do I think Rudy will give up Donald in a heartbeat?” Cohen asked. “Absolutely.” 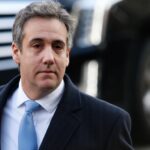