Rudy Giuliani was banned on Thursday from practicing law in the state of New York until further notice. His license was suspended.

Giuliani, the former mayor of New York City who was known as “America’s Mayor” after the Sept. 11 terrorist attacks, became a lawyer for former president Donald Trump and upheld Trump’s false insistence that he won the 2020 election.

A court in New York found that he made “false and misleading statements” about the election in his capacity as Trump’s lawyer, not only to courts and lawmakers, but “the public at large.” 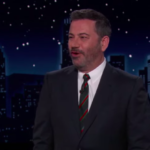 The ruling, which went on for 33 pages, listed instances of Giuliani making the “false and misleading” statements, including his bogus claim that in Pennsylvania, more absentee ballots came in during the election than were sent out before the election. The document points out that Giuliani has not denied that what he said was untrue, but said he was unaware it was false and blamed the information on a member of his “team.”

The ruling also says, “The seriousness of respondent’s uncontroverted misconduct cannot be overstated. This country is being torn apart by continued attacks on the legitimacy of the 2020 election and of our current president, Joseph R. Biden. The hallmark of our democracy is predicated on free and fair elections. False statements intended to foment a loss of confidence in our elections and resulting loss of confidence in government generally damage the proper functioning of a free society. When those false statements are made by an attorney, it also erodes the public’s confidence in the integrity of attorneys admitted to our bar and damages the profession’s role as a crucial source of reliable information. It tarnishes the reputation of the entire legal profession and its mandate to act as a trusted and essential part of the machinery of justice.”