The computer animated film, whose last release date was February 18, 2022, has been bumped forward and will forego theaters altogether. “Rumble” will now be released in just a few weeks – December 15, 2021, exclusively on Paramount’s direct-to-consumer streaming platform Paramount+. Guess we really are ready to “Rumble.”

This is just the latest release date shift for a project that has plenty of them. The project, which envisions a quasi-futuristic world in which giant monsters battle it out in the wrestling ring, was inspired by Rob Harrell’s 2013 graphic novel “Monster on the Hill,” and was announced back in 2015 by Dallas, Texas-based Reel FX Animation Studios. (Reel FX did the animation for “The Book of Life,” “Scoob!” and next month’s Netflix original film “Back to the Outback.”)

In 2018 at CinemaCon, Paramount Pictures and Walden Media announced that they had joined the project as co-producers. At that point, Bradley Raymond, a veteran of Disney Toon Studio, who had directed “The Hunchback of Notre Dame II” and “Tinker Bell and the Great Fairy Rescue,” was announced as director. (And the movie was still called “Monster on the Hill.”) 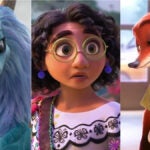 In 2019, the title was changed to “Rumble.” Hamish Grieve, who served as head of story on the deeply underrated DreamWorks Animation title “Rise of the Guardians,” was also announced as director.

A few months later, Paramount announced that WWE Films was now a partner on the project and WWE superstars Becky Lynch and Roman Reigns would be part of the voice cast. 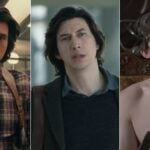 When the February 18, 2022 date was set, the idea was that it would be on Paramount+ 45 days after its initial theatrical release. The decision comes on the heels of Paramount’s hybrid release of both “Paw Patrol: The Movie” and “Clifford the Big Red Dog,” which were released in theaters and on Paramount+ simultaneously. Since there is no theatrical component, it seems “Rumble” will be out of the running for the Best Animated Feature Oscar next year.

“Rumble,” which stars Will Arnett, Terry Crews, Geraldine Viswanathan, Ben Schwartz, and Tony Danza, will now be released on December 15 exclusively on Paramount+.