A version of this story on RuPaul Charles first appeared in the Down to the Wire issue of TheWrap’s Emmy magazine.

For its first six seasons, “RuPaul’s Drag Race” was ignored by Emmy voters. But that began to change two years ago, when the reality series landed a makeup nomination. And then host RuPaul Charles was not only nominated in the reality-host category last year, but won.

That victory was precursor to a bumper crop of nominations this year: seven for “Drag Race” and one for the spinoff series “Untucked.” At a time when television and the Emmys appear to be growing more receptive to LBGT themes and shows, RuPaul spoke to TheWrap about his newfound awards visibility, and the role that politics played in it.

What happened? Why did the Emmys suddenly notice you?
I think people finally got around to seeing the show. You’ve got to be around long enough for people to even know you exist. That’s really prevalent when you’re not selling sex. If you’re a hot young star with big boobs, they jump on you because you can sell shampoo. Or if you’re a young stud with muscles, you can sell beer. What I’m doing doesn’t sell shampoo or beer.

How surprised were you to win last year?
It was a real shock just to be nominated. My whole career has always been on the fringe. The system is about identity and conformity and sticking with an identity your whole life. Drag is about being a shape-shifter and changing and thumbing your nose at identity. So I really did not think it was time.

In hindsight, I know that what is happening in Washington has an effect on how people see the world. And because we’ve gone so horribly backwards in our government, I think people in Hollywood are reacting to that. That’s not to diminish our show at all. I think our show should have won in the second season.

Do you see a change in the way television embraces the LGBT community?
There’s been a huge change, especially as television has emerged as our country’s storyteller. Television is witnessing the second golden age — that’s where everyone’s stories are told. It’s so important, especially in the current political climate, to reflect the promise of the American dream.

Politically, it feels like our collective narrative has been abandoned. This country was about acceptance and inclusion, about open hearts and open minds. And as the government has gone away from that, I believe television, movies, music, the arts have taken up the slack, as they always do.

Do you ever wish Donald Trump would watch your show instead of Fox News?
No, not really. There’s nothing that could be done there. Our focus is on young people, and helping them articulate what’s in their hearts. Our show creates a dialogue with young people who feel the gamut of emotions. We want to get to them before Fox News does.

What stands out to you about this past season?
The contestants were all people who grew up watching our show, which is very funny. They come on thinking they can outsmart our production team, but we’ve been around the block a few more times. These are my buddies from the East Village 30 years ago. We’ve seen every nightclub gimmick and every stunt you can imagine. Our young contestants have no idea what’s in store for them.

How hard is it to keep things fresh?
The contestants keep the show fresh. I love drag queens. I love people that come from a tumultuous background where they have persevered and succeeded.

These gorgeous young people on our show are all heroes. They come from backgrounds where society says you’re worthless, or in some situations their families say they’re worthless. And despite all that, they bloom like the lotus in the mud field. I fall in love with them before they even come to our show.

Yes, we produce and then produce some more before they even get there –but when you add drag queens to any mix, it takes on a new form. 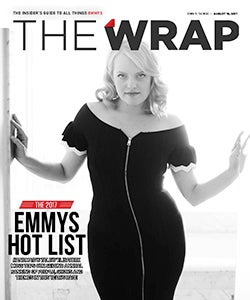