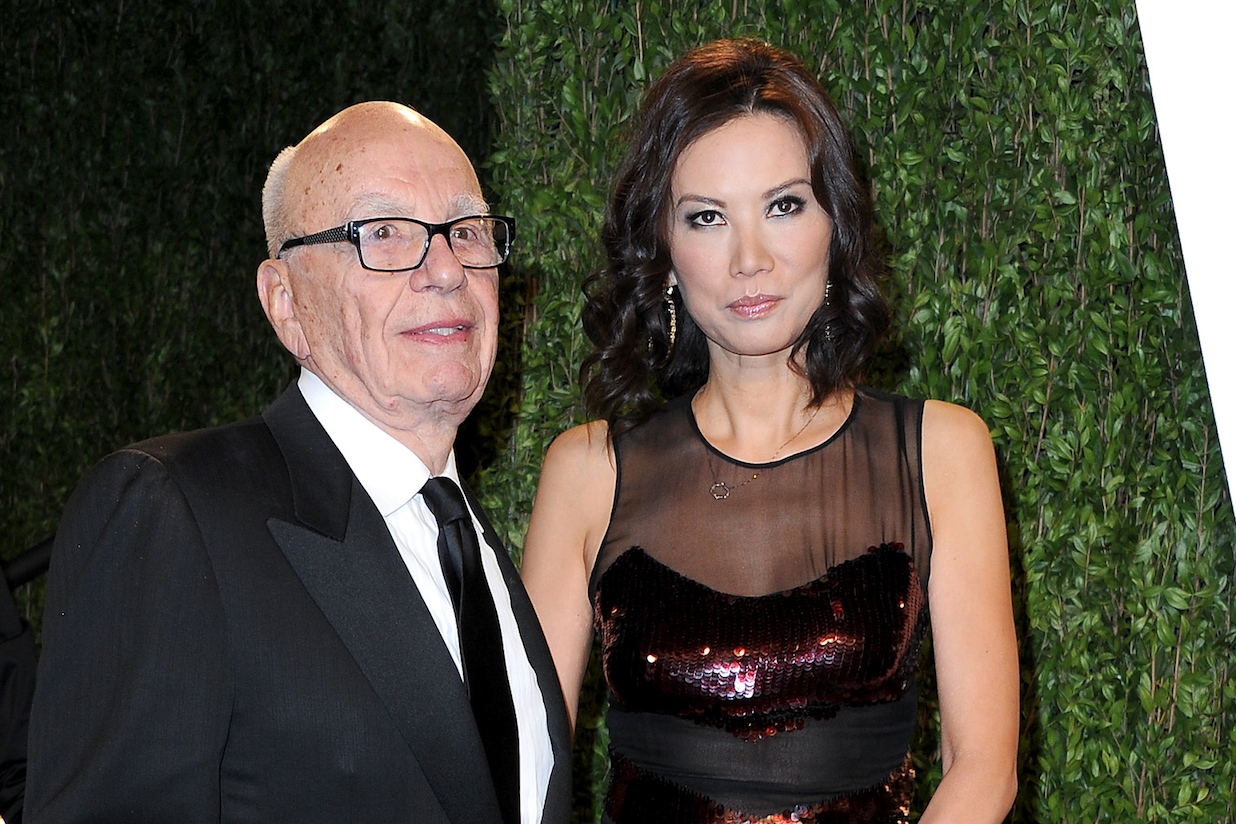 Wendi Deng was physically abusive to her husband Rupert Murdoch and lusted after Tony Blair, according to Vanity Fair.

The sprawling look at the disintegration of the News Corp. and 21st Century Fox mogul’s marriage is not kind to the third Mrs. Murdoch. More shocking than her allegedly wandering eye, however, are reports of her explosive and violent temper.

At one point, Deng got so upset with Murdoch that she shoved him into a piano in their living room and onto the floor, reporter Mark Seal writes. The full text of the article is only available online in excerpted form, but Gawker accessed a subscription copy of the magazine’s March issue.

“‘He couldn’t get up,’ says an individual to whom Rupert confided at the time. ‘He had to have emergency treatment that night,'” the article claims.

Murdoch reportedly said that the bruises came after he tripped in his office, Seal writes.

The Vanity Fair reporter goes on to share a passionate note Deng jotted down to herself about the former U.K. prime minister, who she found to be easy on the eyes.

“Whatever why I’m so so missing Tony. Because he is so so charming and his clothes are so good. He has such good body and he has really really good legs Butt . . . And he is slim tall and good skin. Pierce blue eyes which I love. Love his eyes. Also I love his power on the stage . . . and what else and what else and what else . . . ,'” the purported note reads.

Indeed, what else could possibly be said about the dentally challenged world leader?

A spokesman for 21st Century Fox declined to comment. Representatives for Blair and Deng did not immediately respond to requests for comment.

The Murdochs ended their 14-year marriage in November.