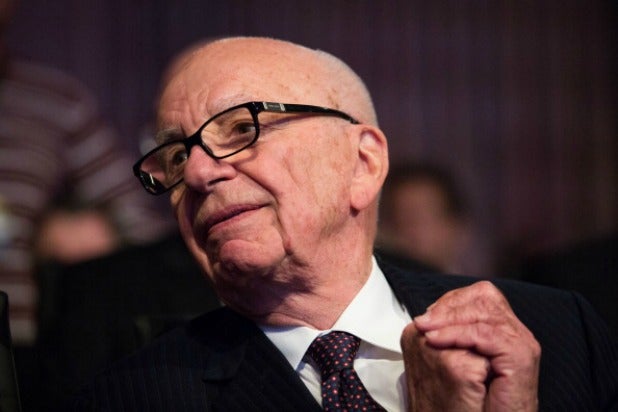 Rupert Murdoch biographer Michael Wolff predicts a busy 2014 for the News Corp executive chairman: He expects him to sell or close the New York Post to focus on the Wall Street Journal, fire his son James and send company stock soaring.

Last year was an eventful one for Murdoch: He split News Corporation into 21st Century Fox, consisting mostly of media outlets, and News Corp, which handles publishing. He also divorced Wendi Deng.

Writing in The Guardian, Wolff predicted that Murdoch would finally sell or close the loss-making New York Post:

[Losses] –  conservatively at $60m a year, and, with advertising and circulation continuing to fall, potentially over $100m a year – are now significantly more painful within the much smaller new News Corp. What’s more, even Murdoch believes the Post has lost its mojo, blaming himself for his lack of attention to the paper, now directed at the Wall Street Journal. And, too, he needs the office space in News Corp’s headquarters on Sixth Avenue in Manhattan, where both the Post and the Journal sit. He’ll try to hook the Post up with the Daily News or with Newsday on Long Island to get it off the News Corp balance sheet. Failing that, he’ll shutter it.

Murdoch would remarry this year, without guessing who would be wife No. 4.

Wolff also believes Murdoch will “begin the process” of firing COO Chase Carey and “fire his son, James… Or, more accurately, let his son, James, be fired” from his role as deputy chief operating officer of News Corp.  Wolff calls James “tarred” from the hacking scandal in the UK, and suggests the patriarch will promote younger son Lachlan instead.

James Murdoch led News Corporation’s UK operations as its hacking scandal unfolded, and now focuses on the company’s international TV business. In that role, Wolff said, he “awkwardly tries to pretend he has power and responsibility.”

The predictions aren’t all bad for Murdoch kin: Wolff believes Murdoch will move daughter, Elisabeth, who runs the TV production company Shine, into a new position that will make her an heir apparent. Wolff also believes Murdoch will hire back his son Lachlan, eight years after Lachlan left his father’s company.

To make sure no prediction is left unpredicted, Wolff also said he expects Murdoch to sell the Times and Sunday Times in London, sell HarperCollins, make a major U.S. acquisition — perhaps Time Inc. — and settle with the Justice Department to end bribery allegations.

Wolff believes all the moves will yield profits. “News Corp’s shares were underpriced when the company was rolled out in June, increasing by more than 25 percent since then. The pure asset value of News Corp may be still as much as 50 percent greater,” he said, adding that the increase will again confirm “the brilliance of Murdoch’s long game.”