Russell Brand, an actor typically known for his more liberal political opinions, is starting to lean heavily into right-wing conspiracies on his YouTube channel, leaving fans flummoxed and upset.

On Tuesday, one of Brand’s recent YouTube videos, titled “Trump was RIGHT About Clinton & Russia Collusion!!” started going viral. In it, he claims there is “serious evidence” that Hillary Clinton worked with Russia to create this “conspiracy.”

Within hours, fans flooded Twitter with their disappointment in Brand, noting how the actor’s “serious evidence” seems to stem from just one source. Others simply avoided the video altogether, given what they already know about the controversial comedian. 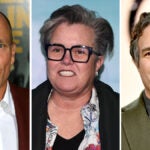 Also Read:
9 Stars Who Have Been 9/11 Conspiracy Truthers (Photos)

“I’ve been interviewed by Russell Brand. I think Brand is generally smart and well-intended. I’m also certain that the sum total of his knowledge about the Trump-Russia scandal is dogs—,” author and political columnist Seth Abramson tweeted. “All that’s happened here is that Glenn Greenwald found another mark for his disinformation.”

Many joked that Brand started creating the videos — which do appear to be monetized — simply because he’s struggling financially. “Damn. Didn’t realize Russell Brand had fallen on hard times financially,” one person tweeted.

Others made digs at Brand’s divorce settlement with pop star Katy Perry, joking that his alimony payments must have stopped coming in. One Twitter user even went so far as to say Perry is likely “scrubbing the internet” of any record of her marriage to the actor. (The two were married for just 14 months from 2010 to 2011.)

For others, the videos weren’t actually all that surprising. Some fans felt Brand had been “drifting rightwards” for some time now, and most people just hadn’t noticed. 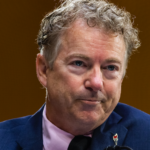 “I would welcome Russell Brand to the QAnon cult, but let’s be honest: he’s been embodying their extremist mentality for years. It’s just that his narcissism finally overtook his drive to help others and I’m sad about it,” Amee Vanderpool, creator of the SHERO newsletter, tweeted.

You can check out more reactions to Brand’s videos below.