Thell Reed, the veteran movie gun expert, exhibition shooter and the father of “Rust” armorer Hannah Gutierrez-Reed, in his first comments on the “Rust” case defended his daughter’s experience and said that if there was a live round in the gun at the time it was handed to Alec Baldwin, “she would’ve found it.”

Reed spoke — alongside Gutierrez-Reed’s lawyer Jason Bowles — to ABC News and “Good Morning America” Tuesday and defended her by saying that she’s “been raised around gun safety since she was a little girl.” He further believes that had she been the one to personally hand Baldwin the gun before Halyna Hutchins was fatally wounded, she would’ve re-checked the weapon and avoided a tragedy.

“That one time, they should’ve had her on set, she would’ve re-checked that gun. If there was a live round placed there, she would’ve found it,” Reed said. “Absolutely. She knows what to do. … She does the job as good as I do now.” 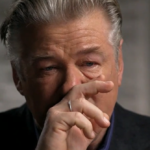 Also Read:
Alec Baldwin ‘Didn’t Believe’ He Shot ‘Rust’ Cinematographer: ‘I Let Go of The Hammer of the Gun, the Gun Goes Off’

During the interview, Reed and his daughter’s lawyer did not dispute that Gutierrez-Reed was the one who loaded the weapon, but said that in this instance, she spun the barrel for assistant director Dave Halls, who ultimately handed it to Baldwin and declared it a “cold gun.”

Reed also lent his support to Bowles’ previous assertion that “sabotage” was responsible for how live ammunition wound up on the “Rust” set, though no specific motives or evidence were presented to support that. He also said he did not like the idea that Gutierrez-Reed served two roles on the production, including as armorer and as a props master.

“I didn’t like it, and she complained about it too,” Reed said during the interview.

Reed did not believe that his daughter faces the risk of going to prison and was confident that the “sheriff’s department will get to the bottom of that,” but the sheriff in speaking to “GMA” said again that the investigation is ongoing and that no charges have been ruled out.

Hutchins, “Rust’s” cinematographer, was killed on Oct. 21 on the set of the film in New Mexico, when a gun held by Baldwin and containing a live round went off and struck her and injured the film’s director Joel Souza. Baldwin in a recent interview with ABC News said that he did not pull the trigger of the weapon but that “I let go of the hammer of the gun, the gun goes off.”