“Rust” director Joel Souza says he’s “gutted” by the death of “friend and colleague” Halyna Hutchins, the cinematographer who was killed on the set of the indie Western film when a prop gun was discharged by star-producer Alec Baldwin.

“She was kind, vibrant, incredibly talented, fought for every inch and always pushed me to be better,” Souza, who was injured in the same incident, said in a statement obtained by TheWrap Saturday, one day after leaving the hospital.

“My thoughts are with her family at this most difficult time,” he added. 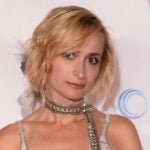 Souza also said he is “humbled and grateful by the outpouring of affection we have received from our filmmaking community, the people of Santa Fe, and the hundreds of strangers who have reached out,” saying “it will surely aid in my recovery.”

Hutchins was the director of photography on 32 projects, most recently Baldwin’s “Rust.” The 42-year-old was killed on the film’s Albuquerque, New Mexico, set Thursday, after Baldwin fired a prop gun that struck Hutchins and director Souza. She died of her injuries after being airlifted to University of New Mexico Hospital in Albuquerque. Souza was also injured and hospitalized in the incident, though he left the hospital on Friday.

A police report from the Santa Fe County sheriff’s office revealed that an assistant director on “Rust” permitted Baldwin to use the prop gun. The assistant director, who was unnamed in an account of the affidavit published by The New York Times, picked up a prop pistol from a cart and gave it to Baldwin, yelling “Cold gun!”

The term indicated the gun does not contain any “live” rounds, including blanks, and was safe to use around nearby crew.

We should note here that the use of the word “live” in entertainment-industry speak can refer to a gun being loaded with some kind of material, like a blank round, that is ready to be used for filming.

IATSE Local 44 Secretary-Treasurer Anthony Pawluc described the incident as: “a live single round was accidentally fired.” But the Santa Fe sheriff’s department has said its investigators don’t know that is the case, and that below-the-line union local does not actually represent anyone on the “Rust” set.

The “Rust” incident remains under investigation; no charges have been filed.

Baldwin, who says he is cooperating with local authorities investigating the incident, addressed the incident Friday.

“There are no words to convey my shock and sadness regarding the tragic accident that took the life of Halyna Hutchins, a wife, mother and deeply admired colleague of ours,” he said in a statement. “I’m fully cooperating with the police investigation to address how this tragedy occurred and I am in touch with her husband, offering my support to him and his family. My heart is broken for her husband, their son, and all who knew and loved Halyna.”

There are suggestions that “Rust” production could have been cutting corners in its treatment of crew members. Hours before the fatal accident, a half dozen camera crew workers walked off to protest safety and other working conditions on the production, according to a report in the Los Angeles Times.

In a statement on Friday, the production team responded: “Though we were not made aware of any official complaints concerning weapon or prop safety on set, we will be conducting an internal review of our procedures while production is shut down. We will continue to cooperate with the Santa Fe authorities in their investigation.”