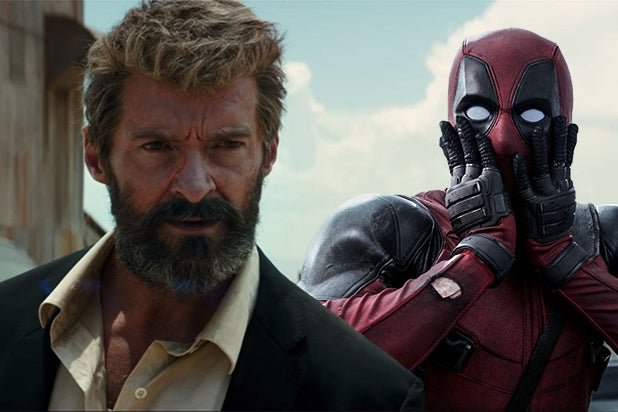 This is a composite image we made for fun. It is not from the film.

Back in December, TheWrap reported that Ryan Reynolds had filmed a scene as Deadpool for “Logan,” which, according to a person close to the project, would likely appear as a post credits scene.

Director James Mangold denied this report at the time on twitter, telling followers “For everyone freaking out, @TheWrap is dealing in fake news. Chill.” Mangold later said, specifically, that Deadpool would not appear in “Logan.”

As it turns out, the shoot did happen, but the Merc With A Mouth’s appearance won’t be a post-credits stinger — instead, moviegoers will see him just before “Logan” starts.

The scene opens with Wade Wilson encountering a violent mugging in a back alley. He runs off to find a phone booth to change into his Deadpool outfit, Superman-style.

The classic John Williams “Superman” theme plays as Wade struggles to get into his tight mercenary outfit. After nearly a minute of struggling, a gunshot goes off. Deadpool runs dramatically back to the alley…only to find the mugger is gone and his victim is dead.

Cursing under his breath, all Deadpool can do is pull his mask back and rummage through the dead guy’s grocery bag. The teaser ends with the words “Deadpool…coming…not soon enough.”

“You know who would have been able to save you? Logan.” Deadpool jokes. “He doesn’t have to change into anything. All he wears is jeans and a tank-top.”

Deadpool will return full-time next year in a sequel to his 2016 film that will see him share the spotlight with his fellow gun-toting mutant compatriot, Cable. Keep an eye out for a reference to Cable in the teaser, as his secret identity, Nathan Summers, is scrawled on the phone booth Deadpool changes in.