A U.S. Appeals court has upheld a decision that sided with Sacha Baron Cohen in a lawsuit filed by former U.S. Senate candidate Roy Moore against the “Borat” star, with Baron Cohen again beating a $95 million defamation lawsuit Moore brought in 2018 after Moore was lampooned in the Showtime series “Who Is America?”

Baron Cohen won the lawsuit back in 2021 after Moore accused Baron Cohen of intentional emotional distress and fraud, claiming he was defamed by the interview. But the United States Court of Appeals for the Second Circuit on Thursday, in documents obtained by TheWrap, upheld the initial decision by a judge in the Southern District of New York.

The appeals court agreed that it saw “no ambiguity” in Moore’s release of all claims, but also that the “Who Is America?” segment was “clearly comedy and that no reasonable viewer would conclude otherwise.” 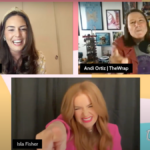 Russell Smith of SmithDehn LLP, counsel for Baron Cohen, said Thursday in a statement that “after nearly four years of litigation, it seems Mr. Moore’s frivolous lawsuit is finally over.”

Attorneys for Moore could not be reached.

Moore appeared in an episode of Showtime’s “Who Is America?” in which Baron Cohen posed as an Israeli anti-terrorism expert named Erran Morad. Drawing on the allegations that Moore pursued relationships with underage girls in the past, Baron Cohen pretended to demonstrate a device that could detect sex offenders, at which point Moore ended the interview.

The original lawsuit filed by Moore claimed that Baron Cohen and his team “fraudulently induced Judge Moore into this interview” by telling him he was to receive an award from the fictional Yerushalayim TV network, and then “falsely and without any substantiated factual basis, portrayed Judge Moore as a pedophile and a sex offender.” 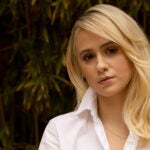