Sacha Baron Cohen has sued a Massachusetts cannabis company for $9 million, claiming it exploited his likeness and fame on a highway billboard by using an image of his movie character Borat and a Borat-coined phrase.

In a lawsuit photo of the billboard, featured at the top of this story, the familiar Borat movie line “It’s nice” appears atop the logo-branded name of the company, along with the phrase “Happy 4/20,” a reference to the so-called marijuana holiday.

“This is an action for willful copyright infringement, false advertising, and violation of the Massachusetts statute against misappropriation of rights of publicity,” the lawsuit stated. “Without permission of any kind, the Defendants deliberately featured the portrait, picture, image, likeness, and persona of Mr. Baron Cohen and his ‘Borat’ movie character in a commercial billboard (the ‘Billboard’) on a busy interstate highway in Massachusetts, to advertise the sale of the Defendants’ cannabis products.” 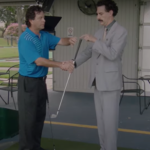 The defendant, Solar Therapeutics Inc., of Somerset, Massachusetts, said in a statement to TheWrap that it was aware of the allegations and had made efforts to have the sign taken down.

“Upon receipt of the cease and desist letter from Mr. Cohen’s legal counsel, Solar immediately requested that the sign company remove the billboard in question,” the statement said. “As there is an active case before the court, we have no further comment at this time.”

In supporting information, the lawsuit said Baron Cohen does not use cannabis because “he does not believe it is a healthy choice.”

It further states: “Moreover, the sale and distribution of cannabis remains a federal crime everywhere in the United States, including Massachusetts. United States citizens continue to be prosecuted and imprisoned by federal law enforcement agents and courts for selling or using the products that the Defendants are advertising and selling. Most recently, this year the Biden Administration terminated a number of White House staffers simply because they once used cannabis.” 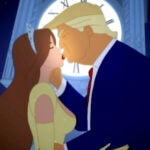 “For all of the above reasons, cannabis remains a controversial product that Mr. Baron Cohen has no interest in endorsing, promoting, or advertising,” the lawsuit said. “He would be appalled if his young children were to discover, mistakenly or otherwise, that he was associated with the promotion of cannabis.”

The last year has been one of the biggest of Baron Cohen’s career. His latest Borat movie, “Borat Subsequent Moviefilm” was a hit for Amazon Prime, and he earned his first Oscar nomination for Best Supporting Actor for “The Trial of the Chicago 7.”