The Metropolitan Museum of Art and the Sackler family jointly announced Thursday that the family’s name will be removed from seven exhibition spaces throughout the museum.

“The Met has been built by the philanthropy of generations of donors – and the Sacklers have been among our most generous supporters,” said Dan Weiss, president and CEO of the museum, in a statement. “This gracious gesture by the Sacklers aids the Museum in continuing to serve this and future generations. We greatly appreciate it.”

The descendants of the late Mortimer Sackler and Raymond Sackler added their own statement: “Our families have always strongly supported The Met, and we believe this to be in the best interest of the Museum and the important mission that it serves. The earliest of these gifts were made almost fifty years ago, and now we are passing the torch to others who might wish to step forward to support the Museum.” 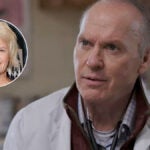 The move comes amid public pressure on the institution to remove the family name. The Sacklers’ Purdue Pharma manufactured and marketed OxyContin, a prescription medication that is widely considered to have fueled the opioid overdose crisis. (For more on this, Hulu’s recent miniseries, “Dopesick,” chronicles the early days of the medication’s distribution.) In September, Purdue Pharma was dissolved in a controversial bankruptcy settlement and the Sacklers were ordered to pay billions to address the opioid epidemic. The United States Department of Justice has since moved to block the deal.

In recent years, major media — including books, documentaries and the Hulu miniseries — have thrust the philanthropic but private family into the spotlight. The Louve removed the name in 2019, as did Tufts University.

Photographer Nan Goldin has orchestrated protests against the Sacklers, one of which took place at the Met in 2018. The following year, the museum announced it would no longer accept money from the family.