Purdue Pharma was dissolved on Wednesday in a bankruptcy settlement that will require the Sackler family to pay billions of dollars in the country’s fight against the opioid crisis.

The settlement comes with the condition that absolves the Sacklers, one of the richest families in America, of any liability relating to opioids at their pharma company. As part of the agreement, the family will have to pay roughly $4.5 billion over about nine years in installments and forfeit its ownership of Purdue.

“This resolution is an important step toward providing substantial resources for people and communities in need, and it is our hope these funds will help achieve that goal,” the family said in a statement to TheWrap.

The affluent family has been central to discussions around the opioid epidemic in the US as owners of Purdue and Mundipharma. The former has been criticized and battling lawsuits around over-prescribing the addictive drugs, which includes OxyContin. This has brought the pharma giant’s role in the deadly epidemic to question in an ongoing crisis that has resulted in more than 500,000 deaths in the U.S. 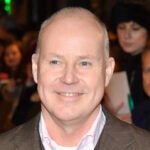 Congressional investigations and reports have placed the Sackler family fortune at about $11 billion.

Judge Robert Drain of the U.S. Bankruptcy Court in White Plains, New York, led the negotiations with hopes that funds will be an opportunity to help with drug treatment and other opioid prevention programs in the community. The money will go into a national opioid abatement trust, and states will have authority to allocate to their local governments. Native American tribes will have a separate fund.

“This is a bitter result,” Drain said in his ruling, referring to the frustration that a lot of the Sackler money was actually held in offshore accounts. He had hoped for a higher settlement. 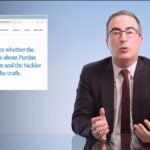 The settlement comes after two years of heated mediation sessions behind closed doors. This approval will also end the thousands of remaining lawsuits from state and local governments, hospitals and individuals. Purdue has been hit with 2,900 lawsuits, with 628 of them naming the Sacklers. In September 2019, the company filed for bankruptcy restructuring and those claims were put on hold.

Purdue and the Sacklers have also agreed to make more than 30 million documents, some of which are confidential, publicly available.

The terms are being criticized for letting the Sacklers off easy, with protections usually provided to companies in bankruptcy. Several states are readying to file an appeal once the judge approves this settlement.