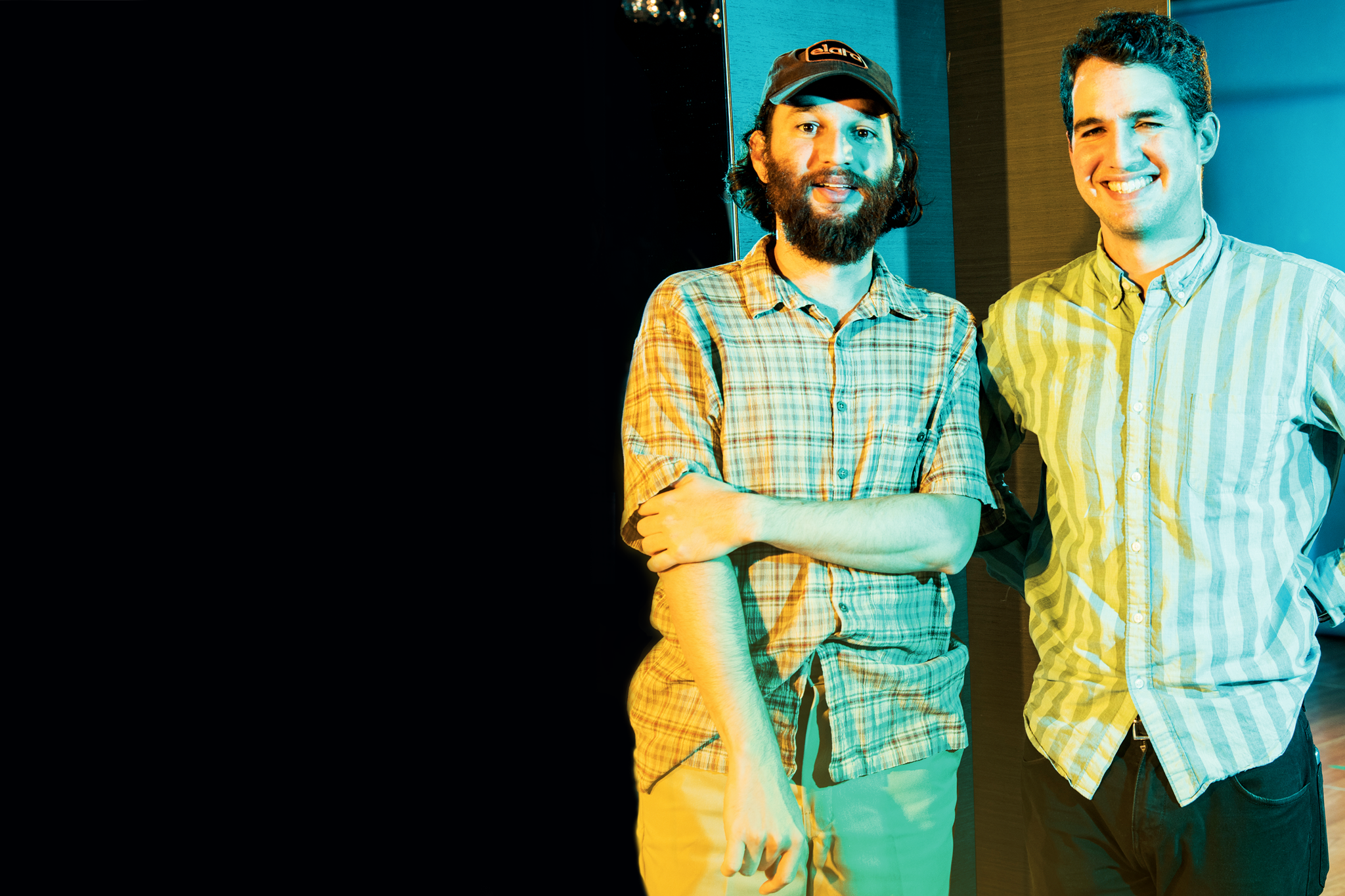 This story about the Safdie brothers and “Uncut Gems” first appeared in the Actors/Directors/Screenwriters issue of TheWrap’s Oscar magazine.

Josh and Benny Safdie’s sixth film, “Uncut Gems,” has a bigger budget and a higher profile than the New York-based siblings’ earlier work. But in its unruly, messy energy, this adrenalized trip through the life of manic, gambling-addict jewelry salesman Howard Ratner (played by Adam Sandler) is simply a virtuoso expansion of the talent that has placed the brothers among the most exciting filmmakers of the day.

Has the way you worked or what you’re looking for changed as you’ve gotten bigger budgets?
BENNY SAFDIE We were just thinking about that. In the first movie we made, “Daddy Longlegs,” there’s a scene where these kids make all these photocopies, the bags break and there’s a wind tunnel that creates this vortex of paper.

JOSH SAFDIE We call it a paper tornado.

BENNY It was a big deal for us back then, but it was hard to engineer. We didn’t have a big crew or the effects we needed. So the producer helped engineer it with leaf blowers. It was great for the movie and we loved it, but we always wanted it to be bigger. And so when somebody’d ask us, “What would you do if you had a bigger budget?” we’d say, “We’d make a bigger paper tornado.” That’s what it feels like with this movie.

BENNY It was an inspiration for us to think, “Oh, this world can be explored and mined for these incredible stories and moments that could only exist on this block of 47th Street.”

JOSH The idea of jewelry, the idea of a shiny object that can show your worth to somebody — what does that mean in the capitalistic structure? And then there’s the idea of the Church seeing capitalism as a threat to their own myths in the early times, and the Jewish people being relegated to…

BENNY Nobody wants to touch money, so let them do it.

JOSH They would try to demonize this concept of capitalism and demonize the Jewish people because they weren’t a part of society, basically saying they are the only ones who are going to profit off money. All these things were in play, and it seemed like a ripe world to investigate. And in a weird way, our dad has other stories that are better than the ones we have in this movie.

BENNY There was an early draft where we had a big heist.

JOSH It was about 15 pages of the script. A big producer who was a fan of “Daddy Longlegs” read the script and he’s like, “Guys, I want to work together. This script, there’s a lot going on, a lot of characters. So let’s take these 15 pages, stretch it out to 90 and do this movie.” And we’re like, “No, we don’t think so.”

Also Read: Adam Sandler Is 'Having a Good Time' in 'Uncut Gems' Trailer - Until He's Not (Video) 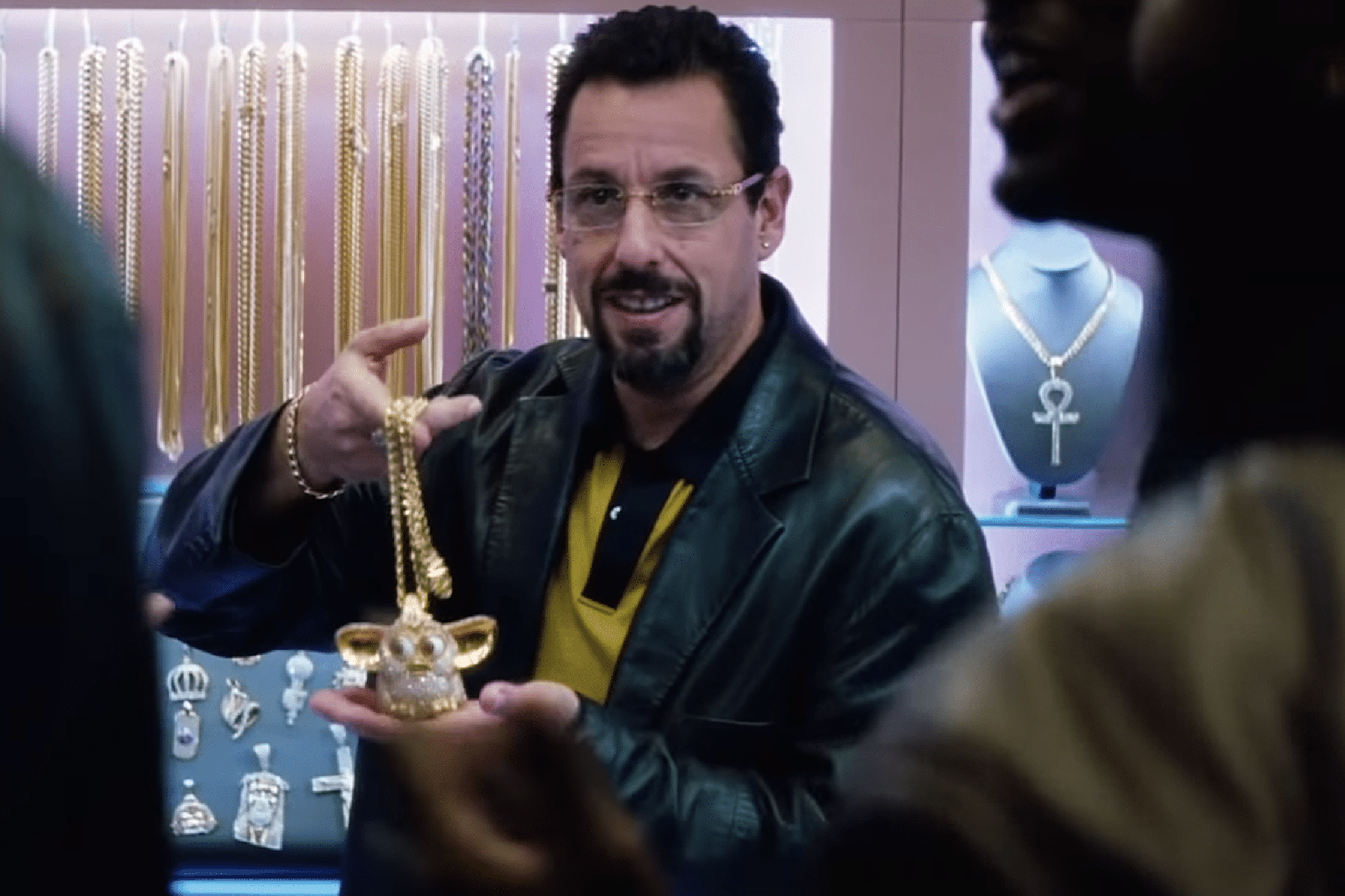 You wrote the original screenplay 10 years ago. What has survived from that time?
JOSH There was always a black opal that came from Ethiopia. The movie was always called “Uncut Gems.” There was always this patriarchal character at the center of it who was a gambler through and through, and there was a basketball player who was obsessed with the stone and thought maybe it was tied to his performance. And it always ended the way it does, more or less. Those were the macro things, but all the micro things changed completely.

BENNY Like the people who worked for Howard, how old he was, whether he had kids — everything was constantly shifting. And it changed based on the movies we were making. We made a movie about love, so that didn’t need to be in “Uncut Gems” anymore. And they also changed based on what we learned. With “Good Time” we learned about narrative pace and genre and pushing that more.

You mention the ending — and I don’t want to get into spoilers here, but what happens to Howard is both utterly perfect and also violates all the usual moviemaking rules.
JOSH I know. That was something we heard early on, but everyone’s like, “There’s no other way.” You also look at the 10-year journey of a movie like this and about how it can only end with that. It’s difficult to talk about this, but when Scott Rudin first read the script, he said, “What’s great is that it’s a happy ending, but then all of a sudden it’s not.”

Also Read: Why Kevin Garnett Was So Good Playing a Version of Himself in 'Uncut Gems' (Video)

You’ve gotten more awards attention for this film than anything you’ve ever done. Do moments stand out?
JOSH At the New York Film Festival we experienced this thing we hadn’t experienced at any other festival, which was the sheer unbridled excitement that people had when Howard hits a big bet. When you have an experience like that with 1,200 people, in a weird way it’s all you can ask for as a filmmaker. That experience was so fortifying, and it made me think, “Wait a minute, maybe we have succeeded in proving that people can look beyond a flaw.” Someone doesn’t have to be likable to be lovable. That’s why the movie is called “Uncut Gems.” Uncut gems are rough things that are considered ugly by most people, but when you scope them out and get underneath you can find the beauty and the value in them.

BENNY And the beauty in the flaws.

JOSH The characters who populate this world might be a little bit rough around the edges, but you can see the value in them. That’s what’s important about life, seeing through all that garbage. And right now, in this day and age, there is so much of a rift. People are labeling everyone just based on appearance or interests. People are getting written off left and right. You have to see through those things and say, “We’re all human.” Some people make mistakes. And yeah, some are horrible people and they deserve to be thrown into a fire. But the bottom line is we’re all human and we have to see what makes us human and how we can relate to one another.