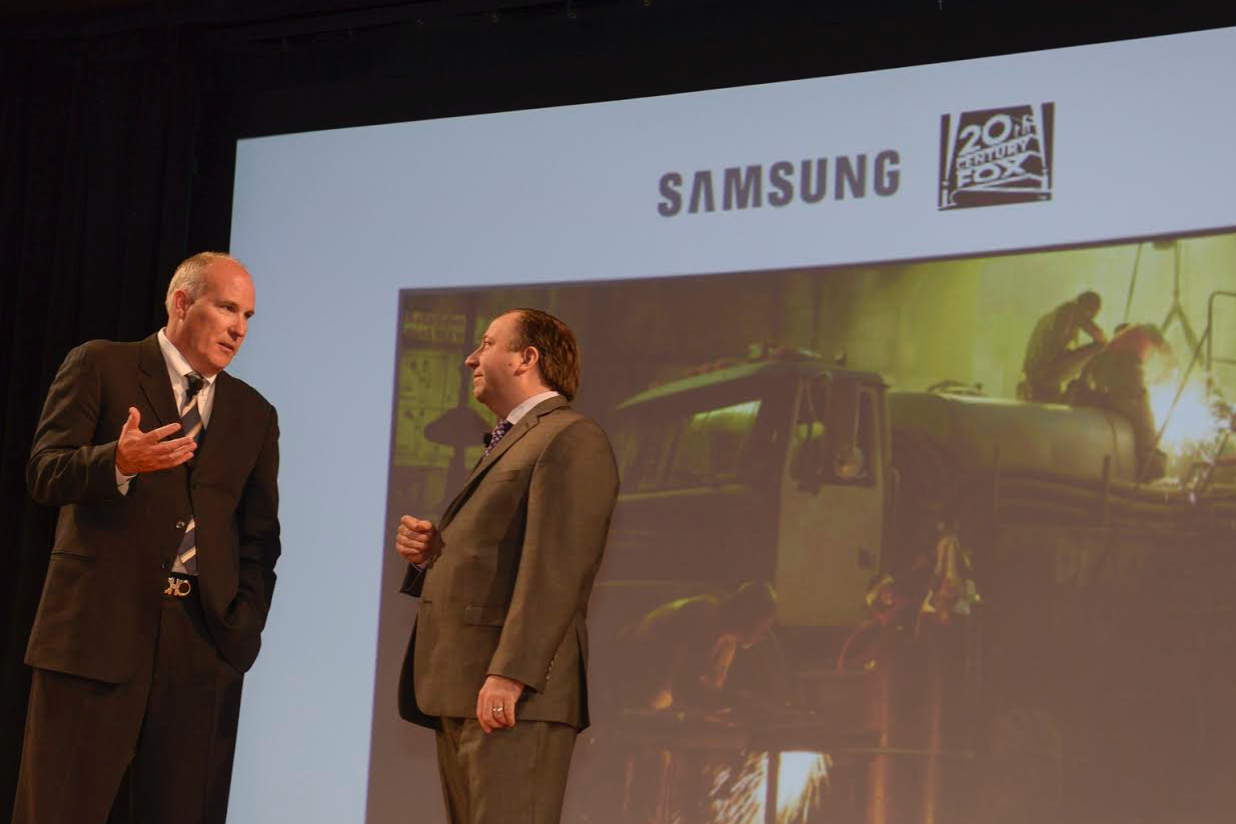 Samsung and 20th Century Fox are teaming up to bring more ultra high definition films to the technology giants’ line of 4K televisions. The agreement is part of what the companies are dubbing “a new UHD content ecosystem.”

The announcement of the deal didn’t shine much light on what form that ecosystem will take, but it does allow Fox to get on the ground floor of what Hollywood and gadget makers are hoping will become a home entertainment phenomenon.

Ultra high definition televisions offer resolution that is four times that of regular HD televisions (hence the 4K moniker).  The televisions are curved, which Samsung maintains will offer a better, more crystalline viewing experience for customers.

The televisions go on sale this spring. If all goes well, an estimated 60 million ultra high definition televisions will be in the market place in the next three years, Samsung said. However, viewers need something to watch on those screens of adequate resolution.

That’s where Fox comes in.  Samsung previously partnered with Fox and other studios on an UHD Video Pack, a $300 storage device pre-loaded with movies such as “The Counselor” and “Night at the Museum.” Going forward, Samsung and Fox said they will continue to expand their partnership as it relates to ultra high definition content and offerings.

The deal follows 4K content pacts with Paramount, Netflix, Amazon and others. Prices for Samsung’s new suite of pixel-packing televisions range from $2,499.99 to $7,999.99. Evolution can be expensive, apparently.

For the record: An earlier version of this article incorrectly stated that Fox would provide ultra high definition television programming in addition to films.