“We really pissed off tens of thousands of white supremacists with our new show #SantaInc which is now available on HBOMAX! (Please read the responses to this tweet for confirmation),” Rogen tweeted at 4:32 p.m. PT Thursday, the day the series launched.

“Santa Inc” stars Rogen as Santa Claus and Sarah Silverman as Candy Smalls, an intrepid elf who will do anything to be named as the first female Santa – even if she has to fight like a man to get it, per HBO Max’s official description. 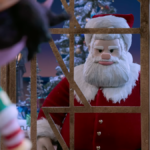 The eight-episode show currently has a 3% average audience score on Rotten Tomatoes and a 1.1/10 rating on IMDb.

In the comments to Rogen’s tweet, many users alleged those viewer ratings are the result of review-bombing by white supremacists writing anti-Semitic and other offensive comments about “Santa Inc,” and took this as what Rogen himself was referring to.

“Have you considered the audience rating isn’t based on white supremacy, and that maybe~ it’s actually just not that good?” one Twitter user commented on Rogen’s tweet. 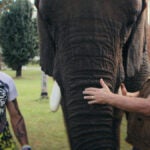 A second user replied to that commenter: “Oh, no the show is not great, don’t get that part wrong. The reason he is talking about white supremacy is because most of the comments or reviews are very anti-Semitic and very hateful towards Sarah of Seth for their religious views and nothing to do with the show being bad.”

“Excellent!!! One hundred percent support pissing off racist assholes,” “The Boys” star Antony Starr tweeted in response to Rogen, who is an executive producer on the Amazon Prime Video superhero series.

Others took the stance that Rogen is “deflecting” in his response to the poor reviews for “Santa Inc.”

A third person tweeted: “No, Seth is just deflecting because like most people in media, if you blame bad reviews on racism or misogyny, it takes the spotlight off the quality of what they made.”

HBO Max did not immediately respond to TheWrap’s request for comment Friday.