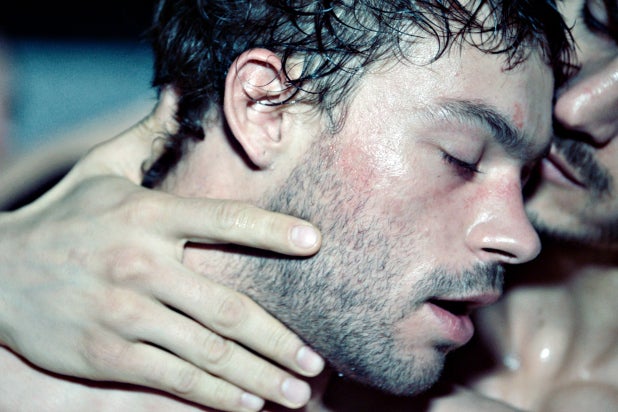 There have been quite a few high-quality American films about male prostitution, from John Schlesinger’s Oscar-winning “Midnight Cowboy” to Gus Van Sant’s “My Own Private Idaho” and Gregg Araki’s “Mysterious Skin,” and from France there has been Patrice Chéreau’s “L’Homme blessé,” and several films from André Téchiné, most notably “J’embrasse pas,” which translates as “I Don’t Kiss.”

Camille Vidal-Naquet’s first feature “Sauvage/Wild” is very much in the Téchiné tradition of “J’embrasse pas,” and the subject of kissing or not kissing is actually central to the narrative. What’s most impressive about this film is the intricacy of Naquet’s screenplay, which plays out in a series of subtly mirroring episodes that follow the life of Leo, a 22-year-old street kid played by Félix Maritaud, who made an impression on screen in “BPM (Beats Per Minute)” and carries this movie almost singlehandedly.

We first meet Leo in a doctor’s office where he talks about his persistent cough. The doctor himself is calm and solicitous as he asks Leo to take his underwear off, and Naquet holds his camera on Leo’s lower body as he strips in a way that objectifies him sexually. This is a clear choice because we eventually realize that this is just a sexual role-play scenario where the doctor smoothly yet joltingly transitions into giving Leo a hand-job. There’s a comic moment here when Leo asks him afterwards if he actually has any medical advice about the coughing, which is a real problem for him, and this pretend-doctor says that he’s with the tax bureau and has no idea about such things.

“Sauvage/Wild” takes place in a world and milieu in France where Leo and the other guys who sell their bodies for money don’t have phones, and so they have to get customers the old-fashioned way — by standing around and posing in an area where cars can stop and mainly closeted guys can pick them up. Naquet and his cinematographer Jacques Girault favor a fluid, handheld style of camerawork that gradually begins to represent Leo’s state of mind. As the film goes on, it becomes difficult to tell how much time is passing, because Leo’s life has so few markers or handholds.

Leo, unfortunately, is deeply in love with another streetwalker named Ahd (Éric Bernard), and though the heterosexual Ahd has feelings for Leo, they aren’t romantic or sexual in nature; he treats Leo like a little brother. There’s a painful scene where a john in a wheelchair picks both of them up and says he will pay them both extra if they will kiss for him. Leo is very happy to oblige, but Ahd is offended and roughly pushes Leo away after the kiss, and then the john dismisses Leo because Ahd, he says, is more “my type.”

Leo is continually insulted like this, and horribly degraded in a scene where a young hipster couple treat him as a disposable and non-human commodity and then refuse to pay him, which leads to retribution from Ahd after Leo goes to him for help. Ahd will tickle Leo playfully, and he’s up for cuddling, but he won’t have sex with Leo on his own time. “We’re not animals, after all,” he tells Leo.

Leo smokes crack and crystal meth when he can get it, and he goes dancing all night, and his coughing gets worse. He goes to a very kind female doctor, who tells him that he is in bad shape for his age, and we can see that for ourselves, for Leo does have the look of someone who is outside and exposed to the elements too much. There comes a moment when Leo embraces this doctor, and she reacts generously, knowing that he desperately needs some love. She holds the embrace for just the right amount of time, and they share a moment together.

This is the point in “Sauvage/Wild” when it appears that Naquet might be succumbing to sentimentality about his wayward central character, but he swiftly toughens up the tone and lets us see how the innately sweet Leo starts to become angry and cruel after the accumulation of incidents where he is treated so poorly by others. Towards the very end of the film, Naquet seems like he might be leaning into a wish-fulfillment kind of conclusion, but he avoids that finally, and satisfyingly.

“Sauvage/Wild” is dependent on Maritaud, who shows no fear or restraint when it comes to giving his entire body over to every one of his scenes, because this is a film partly about using your body as a commodity and how that commodity can decline and break down very early. It’s a measure of Naquet’s rigor that he can make the acquiring of an expensive haircut and a nice sweater for Leo feel like a loss, and that’s because Naquet has made us understand the romantic, rebellious Leo from the inside out and how his seeming self-destruction is actually a sign of his integrity.