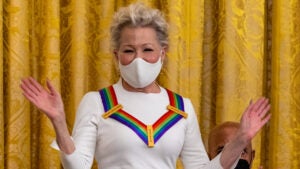 If scale is all that matters, then some of the highest profile deals of 2021 make little sense

The word of the year in media mergers and acquisitions might be “scale.” From TheWrap’s Acquire or Die panel to the WSJ Tech Live conference, there seems to be a consensus that direct-to-consumer media platforms only survive if they have enough scale, which is a euphemism for content. Although there is some truth to that position, scale alone is fool’s gold. It’s insufficient to build a next-generation media company.

If scale is all that matters, then some of the highest-profile deals of 2021 make little sense. Why value Reese Witherspoon’s Hello Sunshine at $900M, Lebron James’ SpringHill Co. at $725M or Will Smith’s Westbrook Inc. in the same ballpark if M&A is supposed to maximize content hours per dollar?

Media deals that single-mindedly pursue scale will produce underwhelming returns. The smart money in media looks at four other factors when scouting for M&A targets.

In an interview with the Wall Street Journal’s Amol Sharma, ViacomCBS CEO Robert Bakish took heat about his intention to build up Paramount+ with an “organic plan,” sans more M&A. As Bakish put it, “We believe in having clear, differentiated, branded positioning,” which for Paramount+ is “Live Sports, Breaking News and a Mountain of Entertainment.”

That is an old-school way to differentiate a media company. The 2019 merger between Viacom and CBS helped it achieve scale, but the generic categories of sports, news and entertainment could target just about anyone. Though, to be fair, ViacomCBS needs an audience of everyone if catching up with Netflix and Disney+ is its goal.

For next-gen media companies, the most differentiated M&A targets are focused on one audience and agnostic toward the genres and types of content they produce. Take Hello Sunshine, a media company that puts women at the center of every story they create or discover. Where and how? Through “film, television, audio, our website and newsletter, social and digital channels, Reese’s Book Club and in real life,” which is to say, everywhere and by any means. Audience trumps genre and channel when evaluating M&A.

How diverse are the revenue sources?

Westbrook Inc., founded in 2019 by Will and Jada Pinkett Smith, isn’t worth nine or 10 figures if you view it as a media company that merely creates content. As its LinkedIn profile notes, Westbrook is actually “a vertically-integrated IP incubator, brand content studio and production company.” Not only that, but the company also includes Good Goods, which “creates unique consumer products around the company’s IP and talent partners;” Westbrook Inc. justifies its value with multiple lines of business.

Next-gen media companies have five core revenue drivers to consider and integrate: subscription, advertising, affiliate/eCommerce, ticketing and licensing. Ideally, these drivers are available across all channels including mobile and internet, audio, video, events and retail.

When next-gen media companies look for acquisitions, they look for these diversified revenue streams. They don’t want to be dependent on one source of revenue, such as advertising or sales to cable networks and streamers. More media companies are diversifying their portfolios and eyeing targets both in content and other business lines entirely. Take Anthem Sports & Entertainment’s recent acquisition of Gravitas Ventures: the deal not only beefs up Anthem’s content library but establishes connections with digital media platforms and distribution channels to keep up with the streaming-first entertainment ecosystem.

Behind these revenue drivers is a will to find partnerships that form advantageous relationships and drive long-term value. In sharing the same vision for “the future of media,” video intelligence platform “vi” and its $55 million sale to Outbrain was another strategic partnership focused on diversifying revenue streams by combining contextually matched content and in-stream video advertising for desktop, mobile and CTV.

I consider that when we look at acquisitions, they must fit that audience but should also represent new lines of business. Based on my experience with Outside, which reaches over 80 million active lifestyle consumers monthly, the more diverse those business lines can be, the more fool-proof their M&A growth strategy becomes. Advertising on digital text isn’t easy – just ask the publications that went nonprofit or sold to billionaires. But by acquiring and monetizing events, races, adventure travel, mapping software, fitness and diet coaching, e-commerce, professional associations and subscriptions (more on that later), Outside broke free of that dependency. 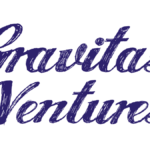 Is the brand authentic?

Authenticity is by far the most subjective criteria in media M&A. But a rule of thumb helps: If you aren’t sure, it’s probably not authentic.

Authentic is Red Bull TV, which developed the most iconic events in extreme sports and televised all the global competitions that mainstream cable ignored. Authentic is The Onion, with its inimitable humor and headlines people can’t help but share. Authentic is The Information, which came out of nowhere in 2013, with a formidable paywall, to become one of the most authoritative voices in technology news.

Not authentic is any media platform overusing cheap tricks (e.g., the curiosity gap) to promote doom scrolling and mindless clicking on content that under-delivers. Those platforms know who they are and won’t be ripe for M&A. 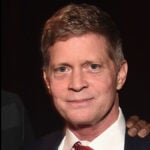 Is the subscription worth it?

Even though I’m biased towards Outside, they make a $79 Outside+ subscription a great deal considering the bundled publications and services offered. Likewise, subscribers to Annie’s Creative Studio probably think they’re getting a lot for the money with over 1,850 how-to videos on quilting, crochet, knitting, sewing and home decorating. Plus, they can buy all the required craft supplies from the platform. Outside and Annie’s, though radically different, both have the right pieces in place: a defined audience, diverse business lines and authenticity.

That, I believe, is where the “scale” fanatics have it backward. They acquire content hoping that it will find an audience. In contrast, the next-gen media companies commit to an audience and then acquire content, products and services to make their subscription more valuable.

The New York Times, with its push into games, cooking and audio journalism, is thinking like a next-gen media company. News is everywhere, but tier-one news bundled with other pastimes of its audience – mostly white, college-educated Democrats under the age of 50 – is a compelling subscription. That also simplifies the NYT’s M&A strategy: Buy if it makes the subscription(s) more valuable, or pass.

The scale obsession in media underscores the competitiveness of the landscape and the anxiety about catching up with Netflix and Disney+. For most players, that’s neither a fruitful nor realistic goal. Whether they’re a potential buyer or seller, next-gen media ventures need to be laser-focused on an audience, unconstrained by content types and channels, and fiercely authentic. Scale will follow if the resulting subscription is indispensable to one audience rather than pandering to everyone.

The blind pursuit of scale is fool’s gold for all but four or five goliath media companies. The rest need a more nuanced M&A strategy. 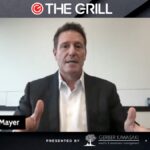 Also Read:
Why M&A Experts Believe ‘This Is Only the Beginning’ of the Current Merger Frenzy (Video)