MSNBC’s Joe Scarborough weighed in on the increasing division in the Republican party Monday, saying it’s led to what is essentially a three-party split in American politics.

“You bring up a great point,” he told “Morning Joe” co-host Mika Brzezinski during a discussion of Rep. Liz Cheney’s Axios interview from the weekend. “We have three parties in America now: We have the Republican party, we have the Democratic party and we have the Insurrectionist party. I think it’s really important for people in the media to recognize that and to listen to what Liz Cheney is saying.”

He noted that observers would be wise not to dismiss Cheney’s Republican ideals — like her support for voter identification laws — as being “just as bad” as other Republicans’ insistence on upholding former president Donald Trump’s lies that the 2020 election was somehow stolen. 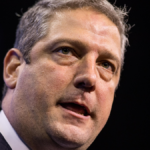 Also Read:
Tim Ryan Slams Republicans Over Capitol Riot Commission Vote: ‘What Else Has to Happen in This Country?’ (Video)

Cheney, a longtime GOP stalwart and daughter of former Vice President Dick Cheney, was removed this month as chair of the House Republican Conference for taking a public stand against Trump and his lies about a “stolen” election.

Her weekend interview with Axios revealed that she still maintains the rest of her conservative beliefs, even if she’s not lining up behind the ousted single-term president who has become the party’s standard-bearer. That revelation surprised “resistance”-type Democrats who had begun holding her up in response to her refusal to kowtow to the Trump wing of the party, or the group known to “Morning Joe” as the “Insurrectionist party.”

Watch the “Morning Joe” clip, above.