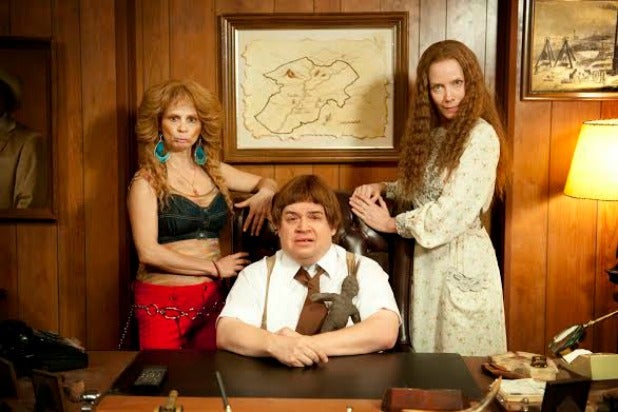 “30 Rock” star Scott Adsit is joining the third season of Adult Swim’s “The Heart, She Holler,” according to one of the funnier press releases we’ve received in a while.

Here’s the full release, because it made us laugh, starting with the second paragraph:

Production is underway once again in New York City for season three of The Heart, She Holler, a live-action comedy series airing on Adult Swim. The show stars Patton Oswalt (Young Adult), Heather Lawless (Goodbye To All That), Amy Sedaris (Strangers With Candy), and welcomes Scott Adsit (30 Rock) to the cast this season as “Sheriff.”

“We are thrilled to be hyped that we are amped about how much we are pumped that the unreasonably funny and talented Scott Adsit will be replacing the irreplaceable Joe Sikora on season three of The Heart, She Holler in the titular role of ‘Sheriff’,'” said writers and directors John Lee and Vernon Chatman.

America: It’s time fer yer mush! Rising from the smoldering ashes of what’s left of the USA#1© comes season three of The Heart, She Holler.  A HOLLERCAUST of yucks.

MORE offensive to white people! MORE confusing to smart people! The Heart, She Holler digs deep into the brain folds of our daymares and revels in the truth that will be known as THE COMENING!

Turner Broadcasting System, Inc., a Time Warner company, creates and programs branded news, entertainment, animation and young adult media environments on television and other platforms for consumers around the world.