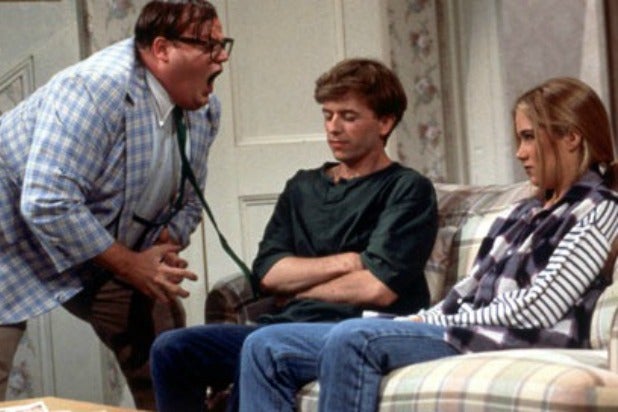 Before Matt Foley was a self-pitying motivational speaker on “Saturday Night Live,” he screamed at hapless teenagers on a Second City stage.

The Chicago theater posted rare, 1990 video of Chris Farley performing the character before he was on “SNL,” alongside future “SNL” castmate Tim Meadows and Bob Odenkirk, who created the character with Farley.

The stage version has all the same high points and punchlines as the first Matt Foley sketch that appeared on “SNL” in 1993. By then, David Spade filled the role previously played by Meadows, and host Christina Applegate played his sister. Spade and Applegate broke up repeatedly, and Spade spent much of the sketch hiding his face.