Semafor, a news site that aims to make it easier to handle modern information overload while keeping its readers on top of what’s going on in the world, launched early Tuesday.

Created by Ben Smith, one-time editor-in-chief of Buzzfeed, and former media reporter for The New York Times, and former Bloomberg CEO Justin Smith, the site has raised $25 million and hired more than 50 staff members, according to multiple reports.

Both men, who are not related, left their prior posts to start the project, which they hope will compete with The Associated Press and Reuters wire services.

The site, which features a yellowish background that brings to mind old newspapers, also sent out its first batch of newsletters to subscribers shortly after 6 a.m. ET. 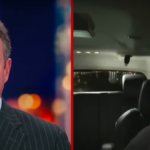 Semafor says it aims to build “a new kind of trusted news source for this interconnected world, based on journalistic transparency and a platform that delivers shared facts while giving a voice to a range of informed, competing views.”

The journalists recruited to the project hail from top news outlets across the world, including The New York Times, The Wall Street Journal, The Washington Post, Reuters and The Associated Press. Former Reuters editor Gina Chua serves as executive editor.

The staff includes journalists in multiple countries across Europe, Africa, the Middle East and Asia, and will emphasize global news. The lead story in the “flagship” newsletter Tuesday focuses on Xi Jinping’s overhaul of the Chinese Communist Party.

Justin Smith, the new company’s CEO, said Semafor aims to be a “high-quality, independent global news brand that is obsessed with solving a number of big consumer frustrations that we see in the news business, primarily polarization,” The Associated Press reported.

To that end, the structure of each story, which they’re calling “Semaform” — hence the outlet’s name — aims to make it clear what is fact, analysis, opinion and more, by labeling five sections in each story. Each piece includes a counter-viewpoint and perspective on how the issue is seen in other parts of the globe. 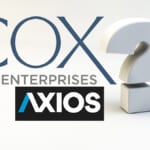 Notably, there is space for the opinion of the reporters who write the stories, a departure from traditional media’s approach that typically requires news writers to keep their views to themselves in an attempt to report objectively. The “Reporter’s View” section includes a few paragraphs on why the reporter might be wrong.

Seamfor features eight newsletters and an events business, though the first program detailed on the site, “Media, Government & A Healthy Democracy” does not yet have a date.