Apparently, Wilson’s character — or at least, her teenage self — had a pretty great life. She was cheer captain, was dating the hottest guy in school and was on track to become prom queen. But, after a bad accident during a cheer routine, she ends up in a coma for 20 years.

When she wakes up, she must cope with everything being different — well, except for her room. Apparently her parents couldn’t bear to change anything while she was comatose, meaning her bedroom walls are still covered in relics from 2002. (Yes, even an *NSYNC “No Strings Attached” poster). 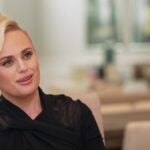 Also Read:
Rebel Wilson Says Her Own Team Gave Her ‘Pushback’ on Weight Loss Decision: ‘Why Would You Want to Do That?’

You can watch the full trailer for “Senior Year” in the video here and above.

“Senior Year” hits Netflix on May 13.