Ji-Young (pictured above between Elmo and Abby) is not “Sesame Street’s” first AAPI character. Longtime cast member Alan Muraoka, who plays Alan, the owner of Hooper’s Store, is Japanese American. Muraoka will co-direct the upcoming special “See Us Coming Together: A Sesame Street Special,” which introduces Ji-Young to the gang and debuts on Thanksgiving. 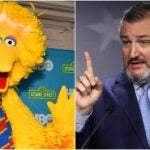 The special’s “Neighbor Day” celebration culminates with a new original song, also entitled “See Us Coming Together,” led by Ji-Young and performed by the full cast. There will also be a “reimagined version” of “Sesame Street” classic “The People in Your Neighborhood.”

“See Us Coming Together: A Sesame Street Special” will also have its serious/teachable moments: In an offscreen incident, another child tells Ji-Young to “go home,” Sesame Workshop said in a release to media. After the incident, Ji-Young seeks out trusted grown-ups and friends who unite to help her know that she’s exactly where she belongs.

“Sesame Workshop’s mission is to help kids grow smarter, stronger, and kinder. Today, we uphold that mission by empowering children and families of all races, ethnicities, and cultures to value their unique identities,” Kay Wilson Stallings, Sesame Workshop’s executive vice president of creative and production, said in a statement on Monday. “’See Us Coming Together’ continues ‘Sesame Street’s’ proud legacy of representation with an engaging story that encourages empathy and acceptance and uplifts Asian and Pacific Islander communities. With the generous support of the The Asian American Foundation, Ford Foundation, and P&G/Pampers, we’re proud to bring this special to life.” 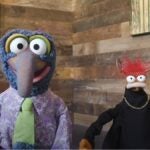 “It’s a powerful thing when kids see people like themselves represented on screen and in stories—it supports them as they figure out who they are and who they want to be,” Muraoka added. “We can’t wait for families to get to know Ji-Young — in this special and in future seasons of Sesame Street — and celebrate some of the Asian and Pacific Islander people in our neighborhood!”

“This is a proud moment for AAPIs everywhere, particularly Korean Americans, as Ji-Young and the ‘See Us Coming Together’ special demonstrate that Asian Americans are part of the very fabric of American society and culture,” Sheila Lirio Marcelo, a board member at The Asian American Foundation, said. “At TAAF, we are striving to help create a permanent and irrevocable sense of belonging for AAPIs in this country, and supporting Sesame Workshop’s introduction of the first-ever Asian American ‘Sesame Street’ Muppet brings us one step closer toward making that vision a reality. We are grateful for their partnership and their commitment to supporting AAPI communities.” 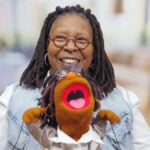