Seth Rogen had a chance to land the role of Eminem’s sidekick in the 2002 film “8 Mile” but, um, let’s just say the audition didn’t go so well. In fact, Rogen considers the experience, “the weirdest audition I ever did” to this day.

Rogen talks about the ill-fated audition in his new book, “Yearbook,” a collection of anecdotes from the actor’s Canadian upbringing, as well as his misadventures in showbiz. He writes that when he was asked to read for the role of Cheddar Bob — a friend of Eminem’s character, Rabbit — he was told that the film’s casting director was so uncomfortable with the “rappery” quality of the dialogue that actors vying for the role would have to bring a buddy to run lines with instead.

“Which is f—ing nuts,” Rogen said. 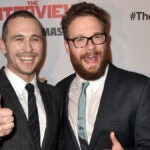 Rogen approached none other than his friend and former “Freaks & Geeks” costar Jason Segel to be his scene partner, who, as it so happened, revealed was also auditioning for the part.

“We asked our agents if our auditions could be scheduled one right after the other, so that one of us could audition for Cheddar, with the other reading the Rabbit part, and then we’d switch,” Rogen wrote. “We had a sleepover at my apartment the night before the auditions so we could rehearse and then carpooled to the audition together.”

However, Rogen said that having a buddy in the room did more harm than good for each of their prospects. 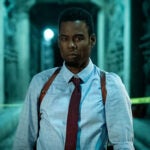 Also Read:
Does ‘Spiral: From the Book of Saw’ Have a Post-Credits Scene?

Rogen went first with Segel pitching him lines from behind the camera. Both actors quickly learned that lines like, “Yo, yo, mothaf—a! It’s Chedda! What up, b—-!” and “Yo, yo, Rabbit! You gotta record your s— at Paisley Park, yo!” did not roll off the tongue so easily.

“I started laughing hysterically,” Rogen said. “And so did Jason. We literally couldn’t make it through the auditions. As soon as one of us started the scene, the other would lose it…It was so silly, we couldn’t finish. We just excused ourselves and saw ourselves out, tears streaming down our faces.” 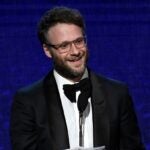 Unsurprisingly, neither actor booked the gig. The role of Cheddar Bob would eventually go to Evan Jones. “8 Mile” became a commercial and critical smash, even earning Eminem a Best Original Song Oscar for “Lose Yourself.” Rogen harbors no regrets though.

“Auditioning is embarrassing in the best of times,” Rogen said, “Add the fact that one of my best friends is watching me do it and that we’re both reading for rappers from Detroit, which we could not have been less right for.”

Rogen eventually found his feature-length footing in films like “The 40-Year-Old Virgin” and “Knocked Up.” 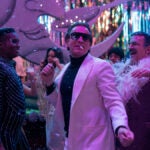 Also Read:
‘Halston': Did A Woman Really Die in the Studio 54 Vents?
x