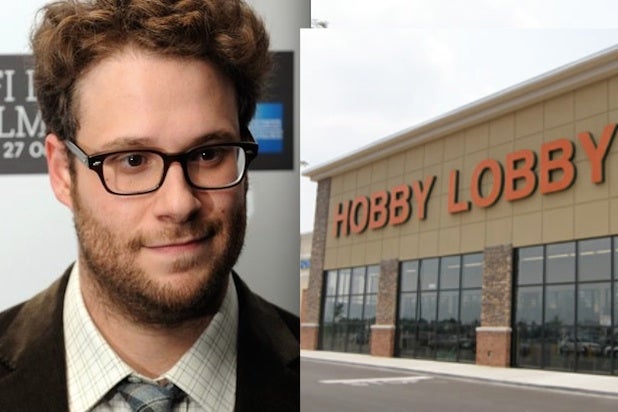 Seth Rogen is the latest Hollywood star to lash out at the Supreme Court ruling that declared that some employers didn’t have to abide by a provision in the Affordable Care Act that required them to provide employees with contraceptive coverage.

“The people at Hobby Lobby are a–holes and those who voted to let them be a–holes are also a–holes,” the “Neighbors” star tweeted, speaking of the crafts store that brought the case in the first place.

The Supreme Court made a 5-4 decision on Monday that stores like Hobby Lobby could opt out of providing employees with birth control if they had religious convictions.

Rogen linked to a Huffington Post article that reported Hobby Lobby still covered vasectomies and Viagra for its male employees.

“People love defending people’s rights to deprive other people of their rights,” the actor added.

Rogen’s criticism of Hobby Lobby is the latest cause célèbre the actor has taken up in recent months.

Rogen testified before Congress in February about Alzheimer’s research. More recently, he found himself in feuds with both North Korea’s Kim Jong Un and Justin Bieber.

People love defending people’s rights to deprive other people of their rights.

The people at Hobby Lobby are assholes and those who voted to let them be assholes are also assholes. http://t.co/iQFP7O3gJ5