Mark your calendars for next year’s return to the Grishaverse. Netflix’s “Shadow and Bone” Season 2, the television series adapted from multiple novels by author Leigh Bardugo, has set a March 16, 2023 premiere date. And below, you can see the first images from the show’s second season.

“The most wonderful thing about Season 2 is that we get to advance the story of these characters that we’d left in precarious positions at the end of Season 1,” Heisserer said in a statement. “There’s a lot of potential for them this season. They have to face the consequences for their actions, and then they get to meet new people along the way. The Grishaverse also expands in this season, both in mythology and in characters. In doing so, we expand the world, we go to new locations, we visit Novyi Zem and Shu Han, and those are all integral to the narrative.”

Fryklind adds that Season 2 will deepen in terms of mythology as well — specifically Morozova, the creator of amplifiers, and his influence in the Grishaverse.

“I think the readers now trust our writers the way that I do. This season I was able to step back and put the show more firmly in their hands,” Bardugo said. “I think when we approached Season 1, a lot of people were like, “It’s impossible. It can’t be done. Why would you bring ‘Shadow and Bone’ and ‘Six of Crows’ together?” And I think now, we have that trust. And I think it’s going to be very, very exciting for them to see the way that trust pays off in Season Two. Every part of the Grishaverse is coming into play.” 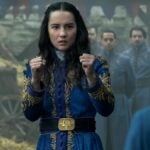 “Readers are not only going to be surprised by the way that these storylines crash into each other, they’re never going to know where the next move is coming from—and that actually was a pleasure for me because I got to be surprised by my own stories,” the author added.

In the first season where we last left off, Alina Starkov (Jessie Mei Li) experienced a shocking betrayal from a more-than-friend who actually turns out to be her biggest foe — General Kirigan (Ben Barnes). Both have concealed the exact details of their true identities from each other, and they turn out to be solar (not just polar) opposites.

Alina, one of the only remaining hopes for Ravka to dissolve the black barrier that divides it, now flees her romantic interest turned rival, who has gathered fearsome forces of his own in the form of diversely talented Grisha as well as more sinister shadowy monsters. 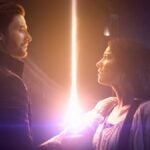 As the highly sought after, worshipped and prayed for Sun Summoner, Alina’s destiny involves vanguishing a dark and dense Fold that divides the country of Ravka, put there by the Darkling aka General Kirigan himself. The fantastical series tells stories of fictional farawy lands, with viking-like sailors, cunning hitmen and magical Grisha whose talents range from firepower to stormpower to heartrending.

Meanwhile in Ketterdam, The Crows — Kaz Brekker (Freddy Carter), Inej Ghafa (Amita Suman) and Jesper Fahey (Kit Young) — face yet another fiercely competitive heist deal that brings them back into the light of the Sun Summoner.

Returning cast and their respective characters include Danielle Galligan as Nina Zenik, Daisy Head as Genya Safin and Calahan Skogman as Matthias Helvar. All three cast members have been promoted to series regulars, and they are joined by newcomers Lewis Tan as Tolya Yul-Bataar, Anna Leong Brophy as Tamar Kir-Bataar, Jack Wolfe as Wylan Hendriks and Patrick Gibson as Nikolai Lantsov. 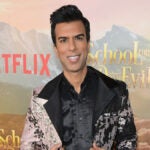 Check out the first “Shadow and Bone” Season 2 images below.