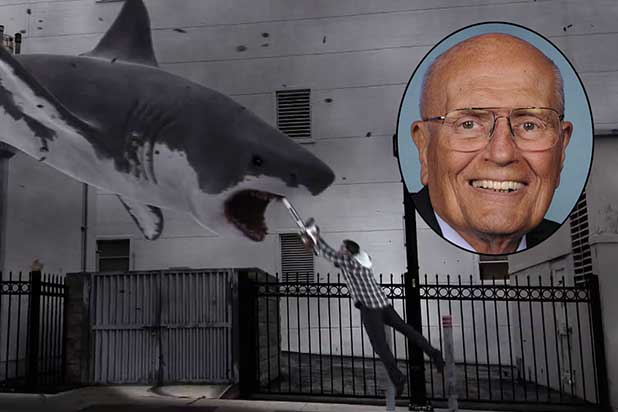 Representative John Dingell has faithfully served Michigan’s 12th District for nearly 60 years, so you’ll pardon him if he hasn’t had time to decipher the science behind Sharknadoes.

“So it’s a tornado full of sharks?” the United States Congressman tweeted Wednesday (see below). “That’s what the entire film is about?”

The country in general — and his constituents in specific — are just hours away from the premiere of SyFy’s highly anticipated twister-meets-shark sequel, “Sharknado 2,” and Congressman Dingell is apparently curious as to what all the fuss is about.

Dingell is the longest-tenured member of the U.S. House of Representatives and one of only two current members to have served in the Second World War, but that doesn’t make him an expert on Tara Reid and Ian Ziering‘s “Sharknado” franchise.

As TheWrap previously reported, Reid is under the impression that a Sharknado could really happen. Al Roker, however, who has a cameo in the forthcoming film, assured the world Wednesday morning that Sharknadoes are in fact a meteorological impossibility.

Congressman Dingell’s office has not yet returned TheWrap’s request for comment.

So it's a tornado full of sharks? That's what the entire film is about?