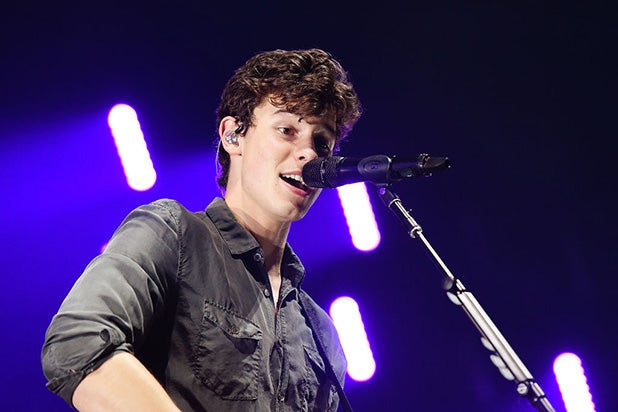 MTV, with its new focus on bringing back some of its most iconic series, is reviving “MTV Unplugged,” its acoustic concert series, which hasn’t aired regularly since 1999.

The network announced Thursday that the first episode will feature multi-platinum singer and songwriter Shawn Mendes. It’ll air on September 8 at 8 p.m. ET.

“I’m so thrilled and honored to be able to help bring the ‘Unplugged’ series back,” Mendes said in a statement. “It’s a show that truly highlights artistry and brings unique performances to fans that they can’t see anywhere else.”

Also Read: MTV's New 'Laguna Beach': How 'Siesta Key' Plans to Recapture the Magic on the Opposite Coast

“Unplugged” ran regularly from 1989 to 1999, spotlighting artists such as Nirvana, Mariah Carey, Rod Stewart and Eric Clapton. Each episode, which ran for about an hour, let popular musicians play their hits with acoustic instruments. It’s also less of a concert and more of a jam session, providing a small space for the artists to play.

Since the ’90s, the show has aired other specials. Some of the most memorable include an emotional 2002 Lauryn Hill episode, an Adam Lambert special in 2010 and a Miley Cyrus special in 2014.

“MTV revolutionized the performance storytelling space when it launched ‘MTV Unplugged’ almost 30 years ago,” said Amani Duncan, senior vice president of music at MTV. “The ‘Unplugged’ Series allows artists to reimagine their songs in an intimate and acoustic medium, giving their fans a new perspective on their favorite hits.

The last year has been one of transition for the music and entertainment network. The young adult fantasy series “The Shannara Chronicles” was moved over to Spike, leaving the soon-to-end “Teen Wolf” and “Scream” as the network’s scripted series.

MTV is also going back to its reality roots with “Siesta Key,” which is a modern, revamped version of shows like “Laguna Beach” and “The Hills.”

At the end of 2016, Viacom Acting President & CEO Robert Bakish said that the network’s move away from music was “a mistake.”