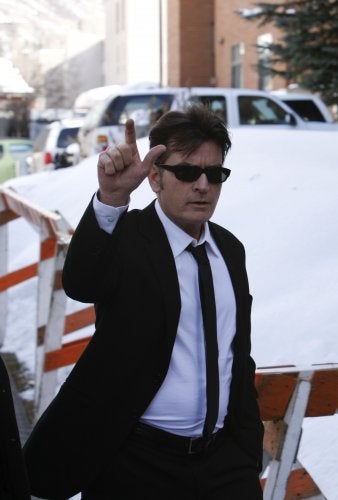 If convicted of the felony charge, Sheen faces one to three years in jail.

Sheen did not enter a plea as part of Monday’s proceeding. He is due back in court on March 15.

There is the possibility that Sheen can use the time between appearances to work out a plea bargain with the Aspen district attorney relating to the misdemeanor charges.

"At the end of the day, we believe that some legal disposition will be reached and that Mr. Sheen’s name will be cleared," Sheen’s lawyer Richard Cummins told TheWrap.

Sheen was arrested by Aspen police officers in the early hours of the morning on Dec. 25. He allegedly had held a knife to Mueller’s throat and threatened her life.

The argument purportedly broke out after Mueller told Sheen she wanted a divorce. Police arrived on the scene following a panicked 911 phone call from Mueller.

Sheen denied he threatened Mueller with a switchblade or tried to strangle her, but one of the arresting officers observed red marks on her neck. 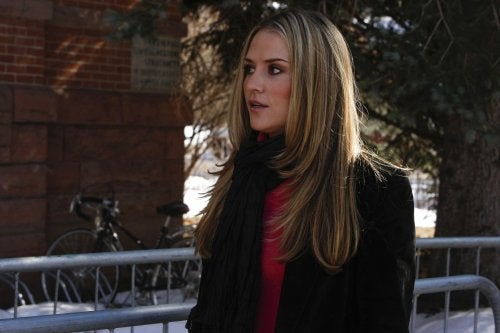 Charges against the "Two and a Half Men" star were formally announced in the Pitkin County District Court at 2:15 p.m.

The court also heard a motion by Sheen’s lawyer to lift the protective order limiting contact between the couple, which the judge granted.

Certain stipulations remain in place, however. The couple are not allowed to consume drugs or alcohol when together, and Sheen cannot harass or intimidate Mueller, who is regarded as a witness in the case.

"They’re both delighted to be back together after essentially being out of communication for six weeks," Cummins told TheWrap.

The Sheens, who arrived at the Aspen courthouse separately at about 2 p.m. mountain time, according to TMZ, returned to their California home immediately following the hearing.

The couple have been enmeshed in a media firestorm since the incident, which was only heightened in January when Mueller checked into Two Dreams Outer Banks rehab center. Her lawyer, Yale Galanter, said the purpose was to recover from pneumonia, but various news outlets reported it was to get clean and sober after an alcohol and drug abuse binge.

This is not the first time Sheen has faced a domestic abuse charge. He pleaded no contest to a misdemeanor charge of battery with serious bodily injury after a 1996 incident in which he was accused of knocking then-girlfriend Brittany Ashland to the ground.

Sheen and Mueller married in 2008 and have twin boys together.