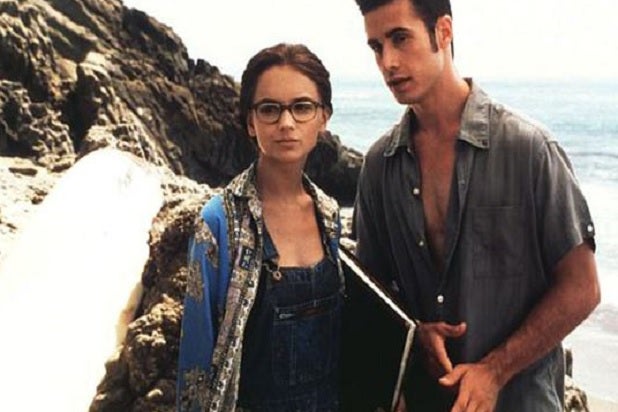 After news broke Tuesday that a remake of the 1999 high school comedy “She’s All That” is in the works, fans took to social media to voice their displeasure.

The original followed a high school jock (Freddie Prinze Jr.) who makes a bet that he can turn a shy art student (Rachel Leigh Cooke) into his high school’s prom queen. Paul Walker starred in the film as Prinze’s friend Dean. The remake will follow a similar premise and is expected to be developed with diverse leads in mind.

Read some of the tweets from fans below.

I hope the She’s All That remake includes a reference to the original’s reference to Can’t Buy Me Love, thus completing the circle of crap.

A She’s All That remake? No.. Absolutely NOT! Never. While we’re on the topic: never remake Can’t Hardly Wait & Never Been Kissed. — Hilary Morris (@MrsMoNJ) April 8, 2015

A She’s All That remake is right under the Apple Watch on the list of Things We Do Not Need. #firstoneisperfect #goaway — Carolina Gerlach (@carolinagerlach) April 8, 2015

@Hunter_Kahn @TheChewDefense They just remade it. It was called “The Duff”. In fact, every 10-15 yrs, a movie with that same plot comes out

She’s All That was a VERY thinly-veiled remake/ripoff of My Fair Lady anyway!! Which was a remake of Pygmalion, which itself was–goddammit! — cinemasins (@cinemasins) April 8, 2015

they need to not remake Shes All That but instead remake She’s Out of Control and keep Tony Danza and Wallace Shawn in the cast — Clear Cola Rick (@CrystalPepsi) April 8, 2015

They’re remaking she’s all that!? No one can replace @RealFPJr !!!

“She’s All That” might be a guilty pleasure of mine, but I don’t think I’m alone when I say there is absolutely no need for a remake