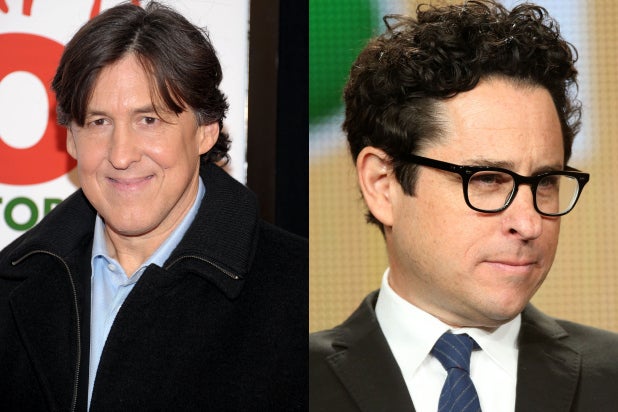 Showtime has ordered the Cameron Crowe written and directed pilot “Roadies” from Bad Robot, in association with Warner Bros. TV
The comedy, also produced by Vinyl Films and Dooley & Company Productions, follows the day-to-day life of the unsung crew members of a successful rock and roll tour. The pilot will be an hour, the potential series would be a half-hour.
See photo: J.J. Abrams Confirms Millennium Falcon Will Be in New ‘Star Wars’ in Tweet Begging Leaks to Stop
Crowe (“Almost Famous”) will executive produce the pilot with showrunner Winnie Holzman (“My So-Called Life”), J. J. Abrams (“Lost”) and Bryan Burk (also of “Lost”). Kathy Lingg (“Revolution”) is co-executive producer.

“Cameron Crowe is one of my all-time movie heroes,” said David Nevins, president, Showtime Networks Inc. “Winnie Holzman created and wrote one of my favorite TV shows ever. J.J., among many other things, is a consummate television producer. Best of all: the comedy script they’ve come up with together is brilliant, original and full of life.”

“I love that we’re finally doing ‘Roadies,'” added Crowe. “J.J. and I have been talking about it for some time. We’re fans of crews, those workers up on the rigging towers, or walking feverishly with eight phones on their belt. Those quietly devoted people live huge lives, they’re often the real keepers of the flame.”

“‘Roadies’ is Cameron Crowe at his most musically passionate, colorful character best,” said Abrams. “We had been talking about the series for so long, but when he actually handed me the script, it was funnier and sweeter and wilder than I had ever imagined.”