There’s a new film festival, market and forum on the international film calendar, and this one is aimed squarely at the Asian market.

The first ScreenSingapore, which was announced on Thursday at Cannes, is scheduled to take place in June 2011. The event, according to the press release detailing its formation, “aims to become the market and launch platform for international film releases in Asia and a platform for Asian content to be marketed to the world.”

Dr. Tan Chin Nam, the chairman of the Media Development Authority of Singapore (MDA), called the venture “a strategic initiative in support of our vision to be a trusted global capital for New Asia media making Singapore a globally integrated media capital.” 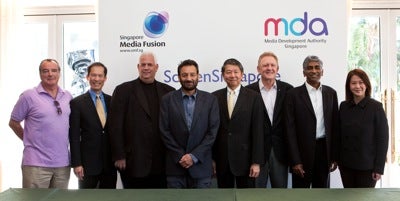 ScreenSingapore, which is positioned to take place soon after Cannes, is backed by the MDA, the Singapore Tourism Board and the Economic Development Board. Its board of directors is chaired by Greg Coote, chairman and CEO of Dune Entertainment, and also includes Ashok Amritraj, chairman and CEO of Hyde Park Entertainment; Dennis Davidson, chairman of DDA Consulting; Wayne Duband of Wayne Duband Consulting; Paul Hanneman, co-president of International Theatrical Distribution at Twentieth Century Fox; filmmaker Shekhar Kapur; and Michael Werner, Chairman of Fortissimo Film Sales.

“As the US market matures and the growth in the business shifts to outside of the US, Asia grows in importance,” said Coote in a statement. “Singapore will leverage its position as the gateway to Asia and grow a global event that not only services the broad regional exhibition industry but also positions the summer product for release.”

This year’s Cannes festival is showcasing a significant number of Asian films, including work from Thailand (“Uncle Boonmee Who Can Recall His Past Lives”), Korea (“Poetry,” ”The Housemaid”), China (“Chongqing Blues”) and Japan (“Outrage”).