Maybe Madea would have helped?

The $8.3 million it opened with marks the worst opening of the prolific directing career of Perry, who is getting out of the movie biz for now to focus on his TV work with Oprah Winfrey‘s OWN Network. 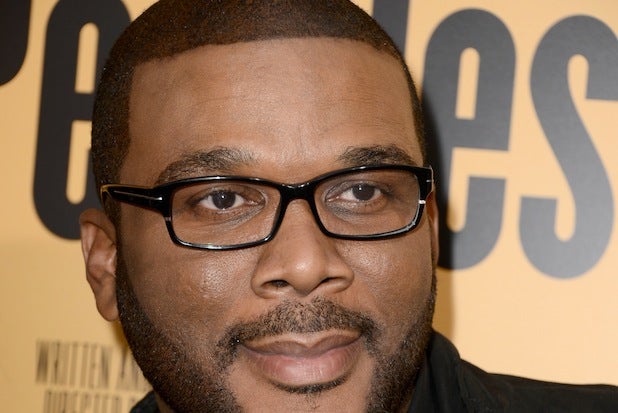 The soft debut is a surprise, given Perry’s success over the years. The 14 movies he’s directed previously, most with budgets in the $20 million range, have grossed nearly $750 million. On average, their opening weekends brought in $21 million, and netted a domestic gross of $50 million.

Also read: Tyler Perry Says So Long, Madea, Hello Oprah: How the Cross-Dressing Mogul Has Fared at the Box Office

But its been a tough run for Perry’s films recently. “A Madea Christmas” just made it to $50 million and “Tyler Perry‘s Peeples” couldn’t top $10 million.

“Single Moms Club” — which didn’t feature Perry’s drag alter ego Madea — didn’t come close to those numbers, despite being in a healthy 1,896 theaters nationwide. His previous worst opening was the $11.2 million launch of “Daddy’s Little Girls” back in February of 2007.

Moviegoers that did turn out liked it; “Single Moms” received a solid “A-” CinemaScore from its audiences, which were roughly 80 percent female and 80 percent over 25 years of age.

Perry can take solace in his burgeoning TV empire. Three of his series — “The Haves and Have Nots,” “For Better or Worse” and “Love They Neighbor” — are already scoring strong ratings on OWN, where Perry has an exclusive multi-year production deal, in addition to equity stake in the company. A series based on “Single Moms Club” is set to air in the fall.