“Skins” and “Finding Carter” star Kathryn Prescott was hit by a cement truck while crossing the street in New York and is suffering from life-threatening injuries, her twin sister Megan Prescott said on Instagram.

Kathryn Prescott, who rose to prominence alongside her sister as part of the so-called “second generation” of stars on the hit U.K. series “Skins,” was hit around 5:30 p.m. ET in the Prospect Heights neighborhood in Brooklyn, according to the New York Post.

“After fighting through complex surgery some of Kathryn’s injuries include: broken pelvis in two places, both of her legs, her foot and her left hand,” her sister wrote. “She is incredibly lucky to be alive. She narrowly avoided paralysis. The doctors are hopeful that she will make a full recovery but this will only be possible with the correct care right now.” 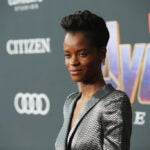 Megan Prescott said her attempts to enter the U.S. to be with her sister had been denied due to travel restrictions related to the coronavirus pandemic. “I am double vaccinated, I had a PCR test yesterday and can fly at the drop of a hat. I have documents from the hospital confirming the extent of Kathryn’s injuries and am willing to do anything to get to her as soon as humanly possible,” she wrote.

She put out a call to her followers asking for help appealing the U.S. Embassy’s decision to deny her an exemption.

“I know there is so much going on in the world right now but I am heartbroken that I can’t be with my twin sister in this horrible time in her life when she desperately needs me – I don’t want her to go through this alone,” she added.