Snap on Thursday reported revenue surpassing $1 billion for the first time in a quarter, with daily active users growing to 306 million.

But with the revenue total missing analyst expectations by $3 million, the stock took a hit in after-hours trading and was down at least 23 percent at one point.

Snap’s daily active users was up by 57 million, or 23%, in the year-over-year increase. The growth in DAUs exceeded projections at 20% for four consecutive quarters. 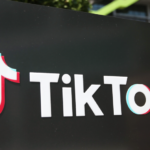 “Its stock plummeting 25% post earnings is largely due to there being little clarity from management on how badly the changes from Apple will affect ad growth,” said Haris Anwar, senior analyst at Investing.com. “Is this something which will permanently damage its ad business or is the multimedia messaging app capable of luring advertisers back? This uncertainty is likely to keep Snap shares down for the time being.”

The company also said it expects to see these disruptions to its ad business continuing into the fourth quarter.

“Our advertising business was disrupted by changes to iOS ad tracking that were broadly rolled out by Apple in June and July. While we anticipated some degree of business disruption, the new Apple-provided measurement solution did not scale as we had expected, making it more difficult for our advertising partners to measure and manage their ad campaigns for iOS,” Snap CEO Evan Spiegel said in a statement.

“We’re now operating at the scale necessary to navigate significant headwinds, including changes to the iOS platform that impact the way advertising is targeted, measured, and optimized, as well as global supply chain issues and labor shortages impacting our partners. We will continue to focus on delivering strong results for our advertising partners and innovating to expand the capabilities of our platform and better serve our community.”

This year, the company has continued investing in its augmented reality features and began working with studio Aracadia to add more projects with brands and creators. Recently, Snap also acquired AR startup WaveOptics for $500 million and clothing company Fit Analytics for $124 million as part of its commerce expansion.

Investors have been impressed with Snap’s growth in recent quarters. In Q2, the company set a record for hitting $982 million in revenue and topped analyst estimates of $848 million in sales.

Since pushing itself as a camera company, Snap has expanded into unscripted shows slated for 2022 with series by Steph Curry and Addison Rae. In Q3, it added 15 different Discover show partners with each reaching more than 50 million unique viewers. The channels were launched in 14 different countries.