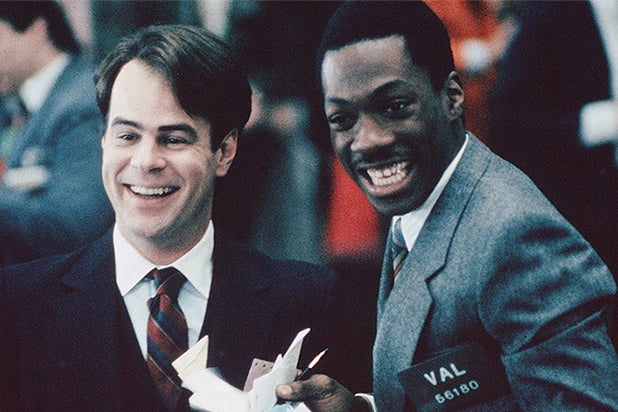 Amid the many movie stars that got their start at the late night sketch show, none of the sketch show’s veterans found more fiscal success at the box office than Eddie Murphy. At No. 1, Murphy’s films have grossed $5.79 billion in the U.S. and Canada alone, according to Bloomberg.

He made that much over nearly 40 films, which puts him atop a distinguished list of theatrically successful “SNL” alumni.

Murphy — who starred on “SNL” from 1980 to 1984 — might be best known for his string of hit ’80s comedies, which included “Coming to America” and “48 Hours,” but much of his box office earnings came from the “Shrek” films. He voiced Donkey in all four of the DreamWorks movies, with “Shrek 2” earning $550 million alone.

Aykroyd was second on the list, with his movies earning a combined $4.26 billion. The highest grossing was 1984’s “Ghostbusters,” which also starred “SNL” veteran Bill Murray. Aykroyd also starred alongside Murphy in the 1983 hit “Trading Places,” which grossed $88 million in the U.S. alone.

Coming in third place was was Robert Downey Jr., who was a cast member for only the 1984-1985 season. The majority of his $3.9 billion came from his Marvel movies, which include three “Iron Man” films and “The Avengers,” which became one of the highest grossing films of all time.

The top ranking woman on the list is Joan Cusack, who came in at No. 11 by earning $2.81 billion over 48 movies, with the biggest chunk of change coming from “Toy Story 3.”

“Saturday Night Live” returns for Season 40 on Saturday, Sept. 27 at 11:30 p.m. ET on NBC. Chris Pratt will host and Ariana Grande is the musical guest.