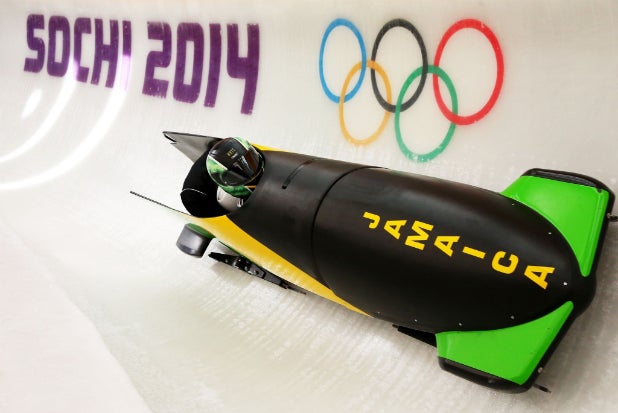 Preliminary competition started on Thursday, but the Sochi Winter Olympic Games formally kick off Friday night with the opening ceremony.

So TheWrap put together a handy viewing guide of some of the more controversial media spectacles you can expect to see – and not see – at the XXII Winter Olympics.

The Opening Ceremony
The Olympics always kick off with pageantry and a celebration of the host country. In this case, choreographer Daniel Ezralow told TheWrap  he’s put together a performance focusing on Russia in the 20th Century. Scheduled to open the ceremony is controversial pop duo t.A.T.u., who rose to fame in the early 2000s for their “schoolgirl lesbian” public persona, although both have since come out as straight.

Athletes speaking out
t.A.T.u.’s fake-lesbian status matters because of Russia’s decidedly anti-gay stance, including laws that prohibit “gay propaganda.” The Sochi Games have brought these policies to light, and athletes around the world have challenged them. Though Rule 50 of the Olympic charter forbids athletes from making political statements while competing, the International Olympic Committee has said that athletes would not be prohibited from speaking or giving their opinions during press conferences.

Censorship
That doesn’t mean censorship won’t exist in Sochi. The Committee to Protect Journalists slammed Russian authorities in January for severely limiting journalists’ access pre-Olympics, and authorities have suggested they will not permit demonstrations (particularly those protesting the anti-gay laws) from taking place in or around the competition sites.

“Russian authorities have cracked down on journalists, rights defenders, and civil activists in a way not seen since the break-up of the Soviet Union,” CPJ coordinator Nina Ognianova said in a statement.

Laughably terrible conditions
Speaking of journalists, a running commentary during the Games is sure to be the abysmal living conditions reporters and guests were met with when they set up shop in Sochi. Shoddy, hastily built hotels, missing manhole covers, and less than ideal hygiene have been the norm.

Extensive news coverage
If the journalists can stomach their surroundings, expect plenty of news reporting, beyond the regular sports coverage that accompanies all Olympics.  NBC brass has said that NBC would cover any potential security threat as it would any breaking news story, and it has plenty of manpower to do so.

Lindsey Vonn
No, she won’t be on the slopes this year. Lindsey Vonn will be joining the NBC News team providing commentary from the U.S. on the Olympics over the course of the two-week event. The 2010 gold medalist re-injured her right knee and had to withdraw from competition.

Tape delay
NBC famously defended its decision to delay the big contests from London 2012 until East Coast prime time, even though viewers complained that the results had been spoiled on Twitter and, basically, the entire internet. This year – with a 15 hour time difference between Sochi and New York – that delay may be even more pronounced.

Live streaming
But NBC has expanded its online coverage, including partnerships with Yahoo and Twitter as well as increased coverage on NBCOlympics.com. Some big events, and the opening ceremony, will not be available on live stream, however.

The Jamaican bobsled team
It’s the one team everyone roots for no matter where they’re from! After the seminal 1993 John Candy hit “Cool Runnings,” the Jamaican bobsled team has been a curiosity and crowd-pleaser. This year’s four-man sled will be captained by Winston Watts, who also represented Jamaica at the 1994, 1998, and 2002 Winter Olympics.

Probably very little or no Hollywood faces
Hollywood came out in full force when news of Russia’s anti-gay laws surfaced last year and called for a boycott of the Sochi Games. Gay actors like Wentworth Miller, George Takei, and Ian McKellen all wrote open letters condemning Russia’s policies and calling on the U.S. to withdraw for the games or for Americans to refuse to visit or participate in the Olympics.

Cher turned down an invitation to perform at the opening ceremony, and fellow singers Lady Gaga and Madonna have been vocal opponents of Russia’s oppression and treatment of the LGBT community and joined in the calls to snub the country by not attending its Games, like the U.S. did when it boycotted the 1980 Moscow Olympics at the height of the Cold War.