Sofia Coppola wrote and will direct the feature film “Priscilla” based on the memoir “Elvis and Me” by Priscilla Beaulieu Presley, A24 announced on Monday. Published in 1985, Presley’s intimate account of her life with Elvis became a New York Times Bestseller.

Cailee Spaeny (“Mare of Easttown,” “Bad Times at the El Royale”) will star as Priscilla Presley, and Jacob Elordi (“Euphoria”) will play Elvis.

The film will shoot in Toronto in the Fall. 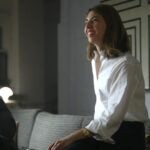 This marks the third collaboration between Coppola and A24, the others being “On the Rocks” and “The Bling Ring.” A series adaptation of Edith Wharton’s “The Custom of the Country” is also in development.

Coppola is repped by Bart Walker of the Gersh Agency and Barry Hirsch of Hirsch Wallerstein. Spaeny is represented by WME and Sugar 23. Elordi is repped by Gersh, Viewpoint, Nicky Gluyas Management and Goodman Genow Schenkman.