Attention, all you old legends, Hollywood do-gooders and veteran producers who’ve been sitting around wondering when the Academy might take notice of your awards-worthiness: your time has come. 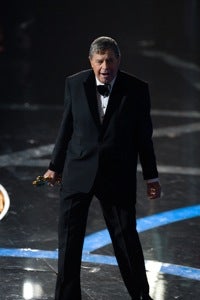 Let’s just say that your time is a lot more liable to come than it was two months ago. That’s when the Academy’s Board of Governors, in an attempt to keep the Oscar show from hitting Peter Jackson-esque lengths every single year, decided to move the honorary awards out of the big show and into a separate event that’ll take place in November.

What AMPAS didn’t mention at the time is that the governors quietly made another rule change, one that will likely triple the number of Irving Thalberg Awards, Jean Hersholt Humanitarian Awards, and honorary Academy Awards that’ll be handed out in the next few years.

It used to take a two-thirds majority of the 43 governors to vote an honorary award. Those awards were capped at three per year, and most years brought at least two.

All that changed after producer Laura Ziskin’s record four hour and 25 minute marathon in 2002, a show bloated not just by Ziskin’s desire to use every good idea she ever had in one show, but also by three lengthy honorary award presentations.

In the aftermath, tough new rules were passed: the two-thirds majority still held for the first honorary award, but the second required a three-fourths vote, and no more than two were allowed. In the seven years since, a second award has been voted twice, but for the most part it’s been one per year.  (That’s last years honoree, Jerry Lewis, above. Photo: AMPAS)

But with the honoraries now taking up their own show, why skimp? I mean, who wants to spring for tickets to the new honorary dinner and then only watch a single honoree bask in the glory?

So the Academy’s executive director, Bruce Davis, confirmed to The Odds that when the board meets next week to vote for this year’s honoraries, it’ll take the lowest margin ever — a simple majority — to choose the first three awards. The stricter three-fourths requirement kicks in with the fourth award, and four’s the limit.

The result, says Davis: “I think we can expect three awards to become the norm.”

Thus, we’d like to deliver a memo to Alan Ladd, Jr and John Calley, among others: You may have lost out to the Nutty Professor when the honorary Oscar was selected last December, but your odds just got a hell of a lot better.

One caveat, though: while the board can vote up to four honorary awards each year, Thalbergs (given to movie producers) and Hersholts (for humanitarians) are limited to one each.

Davis insists that “honorary awards will continue to be a scare commodity” — but if 10 best picture nominations is going to devalue the importance of that honor, what will handing out three or four times as many honorary awards do to the status of those?

Not much, I suspect — at least not at first. Sure, it’s inevitable that you’ll find folks griping about his body of work (or his hair) if, say, Brian Grazer gets the Thalberg…but as Lewis and Elia Kazan can attest, controversial honoraries are already a tradition around these parts.

More likely, what’ll happen is a rush to honor aging actors and other esteemed Academicians while they’re still alive, since AMPAS rules out posthumous honoraries. And who’s gonna argue with that?

After all, let’s give the old-timers some shiny goodies to display on their mantles at the Motion Picture and Television Fund’s retirement home, at least until it’s shut down for good.